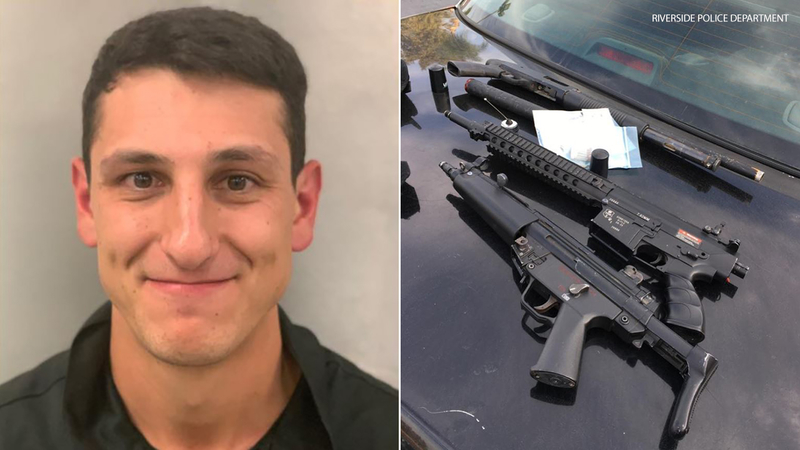 RIVERSIDE, Calif. (KABC) -- A probationer accused of impersonating a police officer in the hopes of getting a free haircut was released from jail over the weekend.

Brandon Joseph Vielkind of Riverside, 25, was arrested at about 1:40 p.m. Friday in the 3900 block of Pierce St., according to Riverside City Police.

Officers were called to the location after Vielkind allegedly walked into the business wearing a tactical vest, hat and badge and asked for a free haircut, but then claimed to be conducting an investigation and became erratic, police said.

After he was taken into custody, officers searched Vielkind's vehicle and found two airsoft rifles, an airsoft shotgun modified to resemble a real weapon and several patches with law enforcement insignias.

As officers ran a background check of Vielkind, an officer recognized him from law enforcement safety flyers as the same person involved in several highly publicized incidents at different area churches over the past year, police said.