During the silent protest, everyone stooped down to their knees in calm solidarity in front of police officers.
KABC 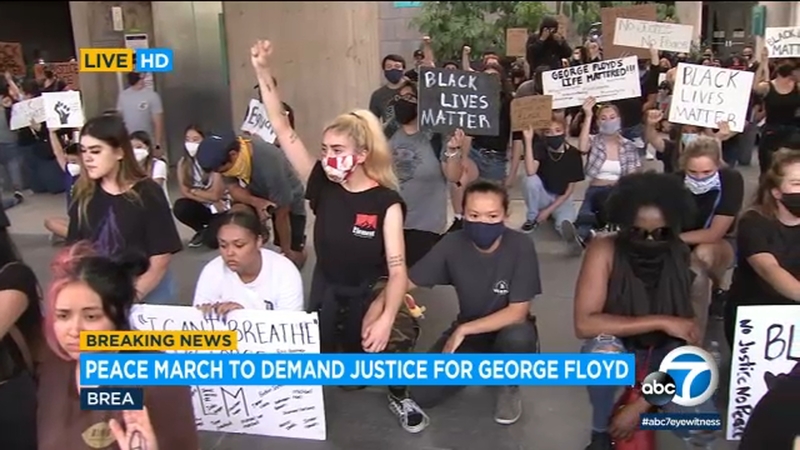 BREA, Calif. (KABC) -- Hundreds of demonstrators joined a peaceful march in Brea on Tuesday. The march took a powerful turn when protesters later moved to a silent protest in front of police.

During the silent protest, everyone stooped down to their knees in calm solidarity in front of police officers.

Officers looked on and stood in place as dozens of demonstrators could be seen kneeling.
EMBED More News Videos

At the demonstration, a man and woman discussed the emotional impact the experience has had on them.

"It's a dream come true, to be honest as an African-American. I've never ever experienced this in my life, to be surrounded by all types of people, all diverse types of people who are actually coming and standing for me! I can't tell you how moving that is, makes me wanna cry. I'm literally in shock," one woman said.

"What I got from the Holy Spirit, I'm a Christian, when she was saying that, it makes me feel grateful to see all these beautiful people who are created in the image of God, standing for love and standing for justice," a man said at the demonstration.