Actor Brian Geraghty gets to show his wide-ranging skills both on the big screen and television.
OTRC
By George Pennacchio 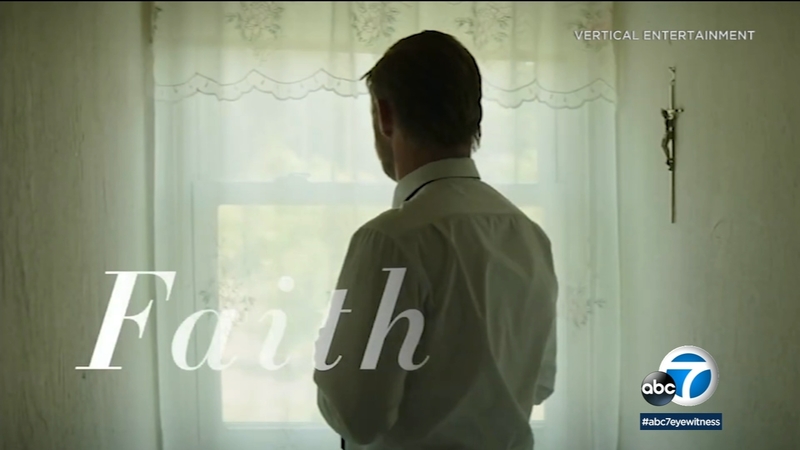 On the other end of the spectrum is his role in the new movie, "Faith."

In "Faith," Geraghty plays a religious man who begins to question everything he's ever believed when a tragedy turns his world upside down. The movie was high on hopes but low on budget.

Director Eli Daughdrill and his leading man had faith it would happen...and they were both up for the challenge.

"And it was a brutal shoot, I think. I mean, we just had no time," said Geraghty. "You get through it. It's 18 days. It was six-day weeks, and you kind of grind through it. But you feel, in a way, you get to use your instrument."

In this budget-conscious film, Daughdrill knew who to recruit to help get this movie made.

"Whole family. Yeah, it was a family affair," laughed Geraghty.

"I forced them. I couldn't afford to pay an extras so they had to do it," said Daughdrill.

"Faith" was shot in the San Joaquin Valley. They filmed on the farm where the director grew up and in the church he attended as a kid.

"I grew up an Evangelical Christian and I sort of drifted away from that," said Daughdrill. "When we're in the church service, we were shooting when the church is actually happening, like, that's a real service and they let us come in with a camera and film while it's happening."

And, what's happening with Geraghty's other job, ABC's drama "Big Sky"? The hit show just got an order for six more episodes. He can't say much, but promises even more twists and turns.

"Things are about to get crazy and I think there's going to be some more shocking moments," said Geraghty.