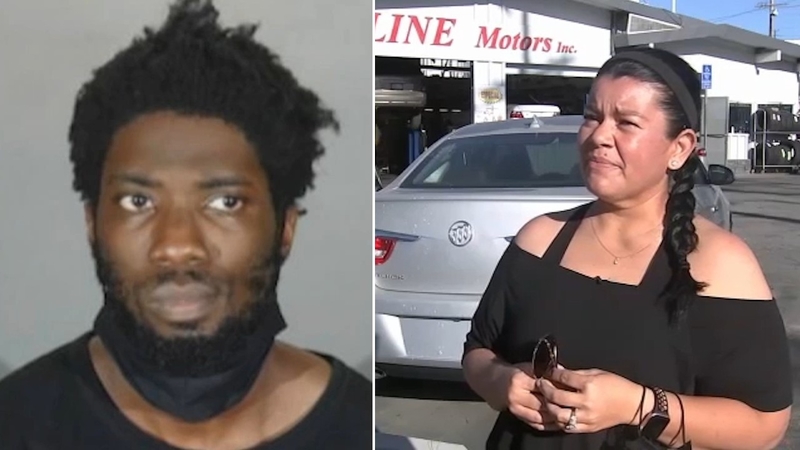 Susana Pardo says on the morning of Dec. 6, Smith was following her as she was jogging through Highland Park. He came frighteningly close before she fled for safety inside a nearby auto shop.

"When I heard about Brianna, it's devastating," Pardo says. "I could only imagine what she felt in those last moments because of what I felt and this guy was chasing after me."

"I absolutely thought he was going to hurt me and that's what I told the officers when they got here. I said I know the difference between somebody just acting dumb. This man was trying to hurt me. And they asked me, did he have anything in his hands that made you fear for your life? I said I don't know. I really wasn't paying attention to his hands. I can tell you by the look on his face, his eyes, it looked like he wanted to kill me."
Pardo was on a run passing through Highland Park at North Figueroa and Meridian when she noticed a transient man staring at her. He then followed her, getting as close as a foot away.

Pardo tracks her runs and took a screenshot of the circles she ran around Starline Motors Inc., where two employees helped her seek shelter inside an office.

The man accused of stabbing a 24-year-old UCLA grad student to death at her job last week was formally charged with her murder by the LA County District Attorney's Office.

"He was harassing her and wouldn't leave her alone," said Monte Agakhanyan, who works at the shop. "So my employee brought her to the office where I was and he almost shooed the guy away. Get away from here. Get off our property basically because we didn't know what the guy was capable of. From afar, he looked like a menacing man."

The man eventually left the property before Los Angeles Police Department officers arrived. Pardo says she wanted to file a police report, but the responding LAPD officers said they weren't able to.

"They said that they did not have a code that they could put in there because he did not touch me. I told them, if he touched me, we would be in a much different situation. I wouldn't be here. Who knows what he would have been able to do to me," said Pardo.
Pardo has since spoken with the homicide detectives assigned to the Kupfer case.

She doesn't know if a police report following her run-in would have saved Kupfer's life. And she isn't upset with the LAPD, but rather at the system and the lack of support for people like Smith.

"There are a lot of people out there who have mental issues and just because they have mental issues, we just allow them on the street and disregard them and it puts us, the public who do pay taxes, in fear. I should be able to run," said Pardo.

"It does hurt because I was here. I saw him just a couple weeks before she died, but at the same time, I can't do anything," said Agakhanyan.

Susana Pardo still goes on runs, but her husband doesn't let her go alone. He follows her closely behind in his car to ensure she's safe.