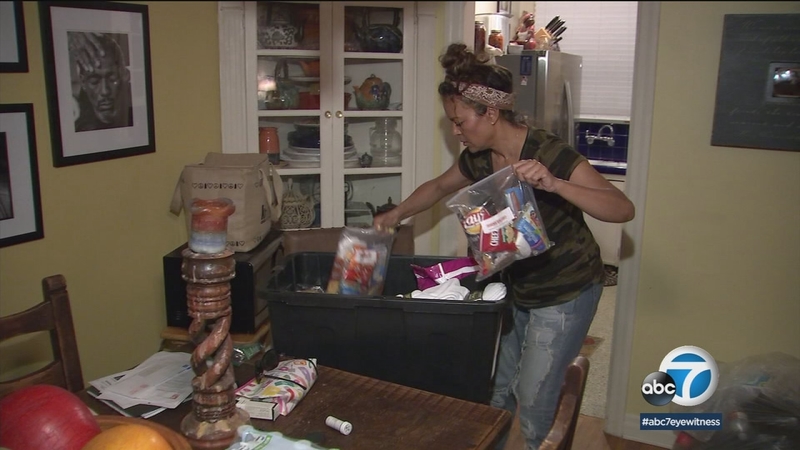 LOS ANGELES (KABC) -- A beloved, generous single mom known as the "Brown Bag Lady" is facing the same fate as those she helps: life on the street.

ABC7 introduced you to Jacqueline Norvell back in 2016. She makes brown bags full of food and hygiene products for people on Skid Row and hands them out from her car.

"We calculated last year, and we have fed over 14,000 people. One mom, one single mom who's not rich as you can see, but we all come together," Norvell said.

But now, her landlord is accusing her of running a commercial enterprise from her small duplex in the Miracle Mile district.

"A business is defined as making a profit, and I don't make a dime. I don't take a penny from "Brown Bag Lady." If you make a donation or give me something, everything goes right back into the community," Norvell explained, as she and her friend, Kimble Jamison, loaded up for their regular three-hour Friday night run.

Norvell moved into her rent-controlled duplex in 1996 and re-signed with a new landlord, who lives upstairs, in 2007.

She said she's faced all kinds of harassment, including unwarranted visits and notices when family members stay longer than three days.

A judge just this year granted a restraining order after Norvell recorded her landlord recording her as she left her place.

"It just breaks my heart that I may be homeless because I'm trying to feed the homeless," Norvell said. "How ironic is that? And unfair."

ABC7 reached out to Norvell's landlord but did not immediately hear back.