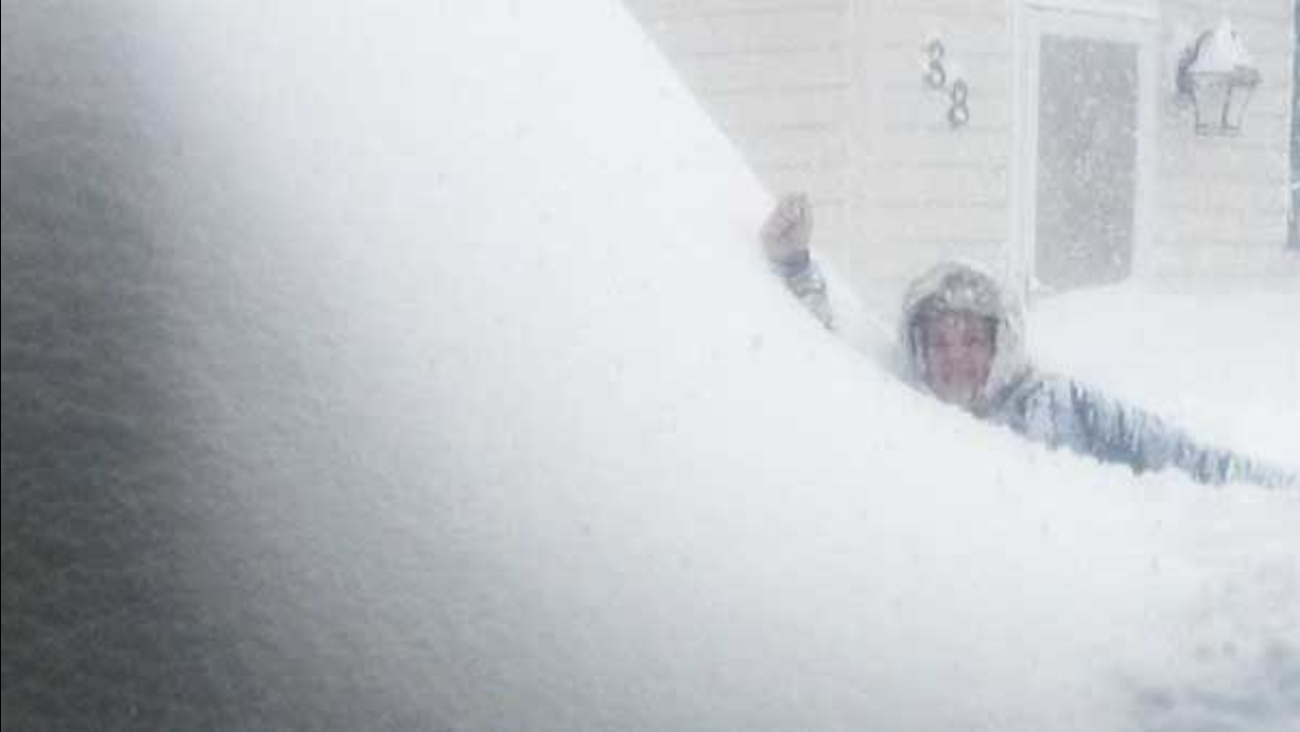 With half the country covered in snow, perhaps no city understands the extent of this storm as much as Buffalo, where one year's worth of snow has fallen in just three days.

That doesn't dampen their sense of humor, though.

Snowfall totals in parts of Buffalo have reached 70 inches and counting, according to ABC affiliate WKBW.

Click here to see photos and videos that storm's intensity.

With no way to get to work, school or anywhere else for that matter, residents of snowed-in cities like Buffalo entertained themselves on social media. Many of them, it turns out, have a sense of humor about the situation.

NFL player Marquise Goodwin wanted to prove that the cold never bothered him anyway (or, hey, maybe he lost a bet):


His team, the Buffalo Bills, have considered changing their name to suit Mother Nature's preferences:

After acknowledging the severity of the situation...

Now its getting serious... This storm has escalated past milk & bread to gas & beer! #SNOWvember @7FirstAlert @WKBW pic.twitter.com/SUuVMiFJ5y

If you had a dog and live in Buffalo I hope you laid down some newspaper. #snowvember

Many resorted to sarcasm:

Some lamented being stuck inside at a time when their preferred TV programs were not scheduled:

But some people made the most of the situation by making new friends...with the only people they can get to.

I've met more people in my building in the last hour than I have in the last 11 weeks. #snowvember

They found other ways to look on the bright side, too, in their own unique ways.

@7FirstAlert My 7 and 4 year old boys said they can finally reach the monkey bars! #snovember pic.twitter.com/kRKt4GLx9s

I'm on a new diet. It's called I didn't go grocery shopping before the storm and now I can't leave. #Snowvember

And some were just downright perky about the extreme weather:

Just saw a guy running down South Park Ave. He said it was the perfect day for a run. That's SO Buffalo @WKBW @7FirstAlert #snovember

And of course the Ice Bucket Challenge was brought up. This is social media, after all.

When the storm was given its official name, Winter Storm Knife, the jokes intensified:

Who wants in on betting pool of how many babies born in Buffalo next August will be named Knife? #WinterStormKnife

On top of their sense of humor, citizens of Buffalo are taking to social media to prove their positive attitude in another way: living up to the city's nickname, "City of Good Neighbors."