Amazon Air to start operations at March Air Reserve Base 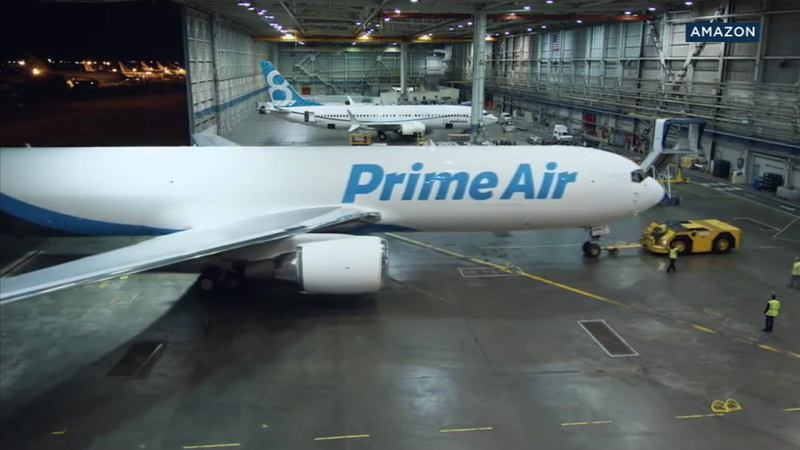 Amazon Air to start operations at March Air Reserve Base

RIVERSIDE, Calif. (KABC) -- Amazon has announced plans to expand its air delivery operation into Riverside, with flights scheduled to make departures out of March Air Reserve Base by the end of the year.

"We are excited to bring our Amazon Air operation to (March Air Reserve) so we can continue to ensure we have the capacity to delight our customers," said Amazon Air Director Sarah Rhoads.

Amazon has become a fixture in the Inland Empire, with several fulfillment centers located in San Bernardino, Redlands and Moreno Valley. The company estimates its created 15,000 new jobs in the area over the past several years, and that the addition of Amazon Air in Riverside will bring the region an additional 500 jobs. The deal was recently approved by the March Joint Powers Authority, which oversees development on the part of the base that was closed in 1993.

"They had a need for additional flights that they couldn't fill at Ontario airport," said March JPA Executive Director Danielle Wheeler. "Since we're so close and have multiple distribution facilities in Moreno Valley right across the street from our airport, it was a natural fit for them."

The deal didn't come without controversy though, as a number of nearby residents complained about the noise the extra flights would make. Wheeler said the JPA came to a compromise with Amazon because of the concerns raised by residents.

"They had originally proposed a 2 a.m. night flight," said Wheeler. "When we heard the concerns from the community, which was very vocal, we talked to Amazon and they retracted that request."

Amazon will be able to operate six flights a day, with no flights between 10 p.m. and 7 a.m. It plans to begin operations at March Air Reserve Base by the end of the year.
Report a correction or typo
Related topics:
businessriverside countyriversideamazonshoppingonline shoppingconsumer
Copyright © 2021 KABC-TV. All Rights Reserved.
More Videos
From CNN Newsource affiliates
TOP STORIES