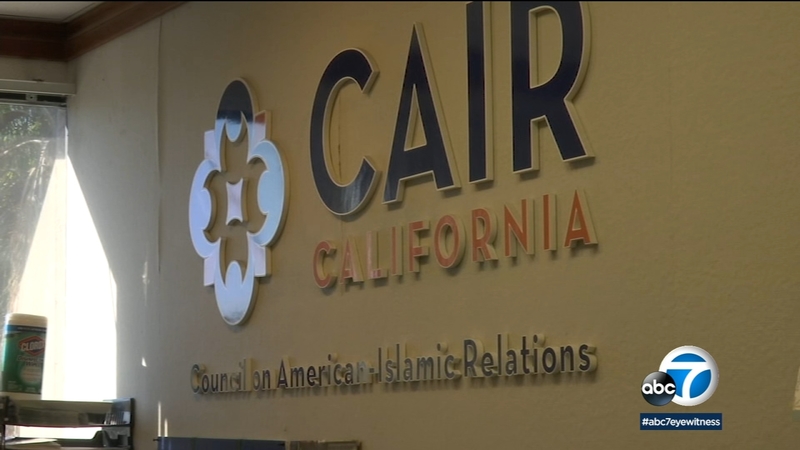 ANAHEIM, Calif. (KABC) -- Members of a Southern California civil rights group say they're working to educate the Iranian community about their legal rights in light of reports of increased profiling and discrimination against Iranians across the nation.

Amr Shabaik is the managing civil rights attorney with the Council on American-Islamic Relations Los Angeles, or CAIR-LA.

Shabaik said the L.A. nonprofit was in close communications with its sister chapter in Washington State about what appeared to be the illegal detainment of dozens of Iranians and Iranian-Americans at the U.S.-Canada border over the weekend.

"Approximately 60 people, most of them American citizens who happened to be of Iranian heritage, were detained at the border. They were coming back from Canada to Washington," Shabaik said.

Shabaik said some reported they were illegally questioned and detained as long as 10 hours.

"They were asked questions that generally should not be asked just in terms of their religious practices, personal information regarding their political beliefs things of that nature," Shabaik said.

The CAIR-LA attorney said the nonprofit was preparing in case anything like this were to happen in Southern California, with the re-release of its Know Your Rights information in five different languages.

"You can be asked sort of about your immigration status, your trip, but beyond that generally those questions should not be asked because it's really indicative of a profiling of a certain type of people whether it's based on race, or religion or national origin and those kind of targeting and detentions are unlawful," Shabaik said.

Though not against the law, Shabaik worried about recent tweets by law enforcement agencies in the L.A. and Orange County areas asking the public: If you see something, say something.

"When these tweets are issued out and when there's these statements made that sort of further other these groups, it's dangerous and it can lead to not only policies by law enforcement where they're profiling some segments of these communities, but it also can lead to dangerous situations where people target members who they believe to be Iranian or people in the community who they believe to be Muslim because they feel like they've been emboldened," Shabaik said.

Anyone who feels they've been discriminated against or targeted because of their race or religion is asked to contact CAIR at (714) 776-1177.
Report a correction or typo
Related topics:
arts & entertainmentlos angelessouthern californiacivil rightsiranlegal
Copyright © 2021 KABC-TV. All Rights Reserved.
More Videos
From CNN Newsource affiliates
TOP STORIES