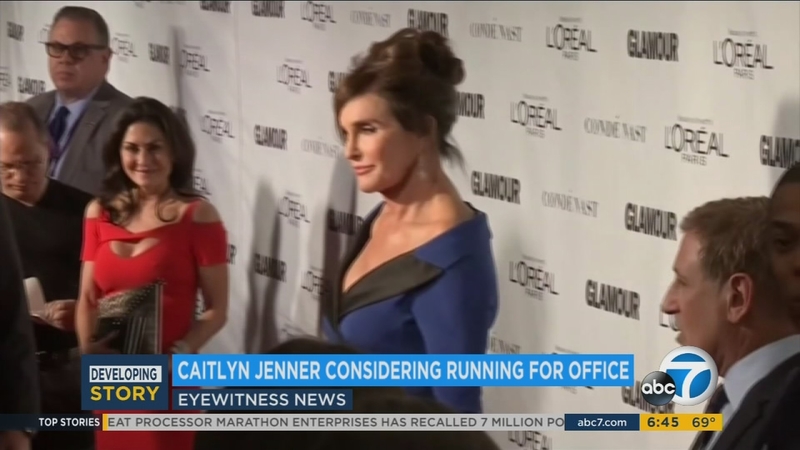 The Republican reality television star said she is considering a run for the U.S. Senate.

Jenner works closely with the American Unity Fund. The purpose of the group is to build Republican support for LGBTQ issues.

The former Olympian said she must first decide if she can be more effective working from the perimeter of politics or on the inside.

If Jenner runs, she would be running for Sen. Dianne Feinstein's seat.