Compared to this time last year, only 12% of the state was at these drought levels.
KGO
By J.R. Stone 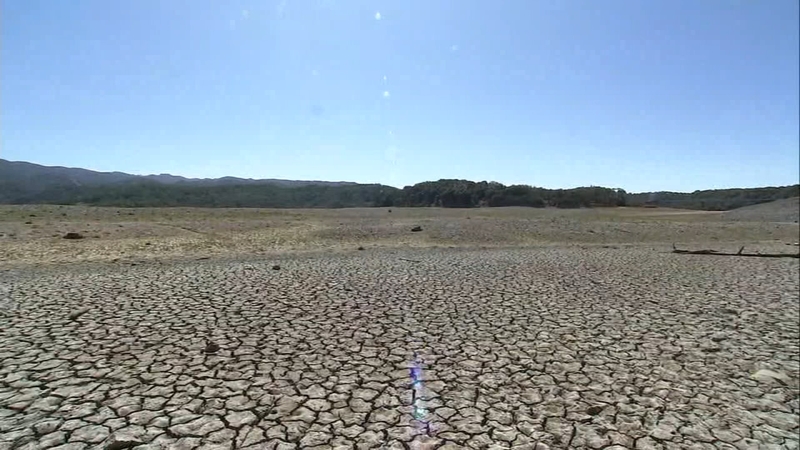 85% of CA is now in severe, extreme, or exceptional drought

SANTA ROSA, Calif. -- The rain system that came through Southern California and other parts of the state this past weekend has moved through -- and didn't leave much on the ground.

Experts say a majority of California is dealing with drought conditions, and they continue to worsen.

If you blinked on Sunday, it's very possible you missed the rain, drizzle, or whatever you'd like to call it. Bad news -- as places like Santa Rosa in the Bay Area were expecting half an inch of rain.

"The reality is that we ended up with quite a bit less, so we're faced with what we anticipate as potentially a long dry summer," says Assistant Santa Rosa Fire Marshall Paul Lowenthal.

He says their agency is likely to officially declare an early start to fire season in a matter of weeks.

Experts say water-rationing measures may be on tap this summer as the state returns to drought-like conditions.

Those who crunch the numbers say the outlook is not a good one.

"I just looked at the numbers and 85% of California is in severe, extreme, or exceptional drought. Compare that to last year only 12% of the state was at that same level," says Nick VinZant of QuoteWizard.com.

Numbers like that haven't been seen since 2015, according to VinZant. A recent QuoteWizard.com study of states with the highest wildfire risk, found California as fourth dangerous.

Those with the water agency East Bay Mud say their board will vote Tuesday on declaring a stage 1 drought. That would ask for a 10% voluntary reduction of water use district wide but would not impact the cost of your water.

"So in the East Bay it is looking like the driest year ever for us," says Andrea Pook with the East Bay Municipal Utility District. Pook went on to say, "Right now there is no added financial burden to our customers."

Much of that water supply comes from the Sierra foothills where we are currently at about 50% of average yearly precipitation. Some of the recent Bay Area fires have cleared fuels on the ground but in other locations where past fires have burned, it's a different story.

"A lot of those areas that have regrown have regrown with invasive types of species, scotch broom and other type of stuff that was actually worse than it was in 2017," says Lowenthal.

As for water conservation officials agree that we are using much less water now than we were before previous droughts and firefighters and homeowners nowadays, much better prepared for wildfires.