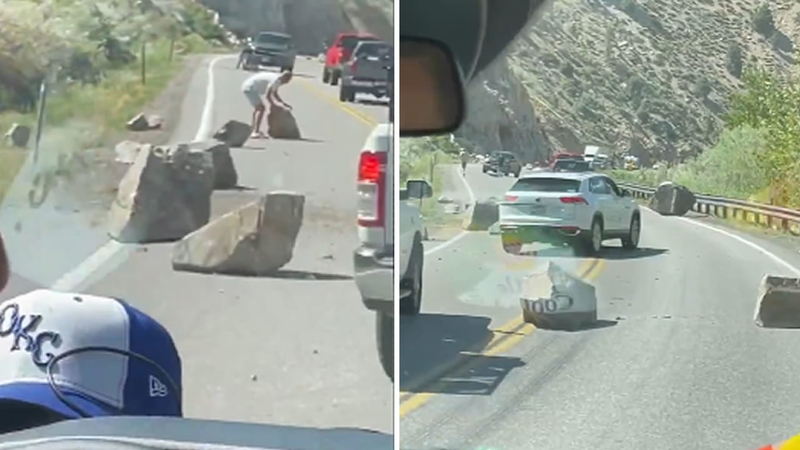 In the video, you can see cars weaving through lanes to avoid the large rocks in the road on Highway 395 near Coleville, a town in Mono County

The magnitude 6.0 earthquake struck south of Lake Tahoe just before 4 p.m., near the California-Nevada border.

Since the quake, there have been at least 40 aftershocks.

The quake was felt widely across Northern California and the Bay Area.

After the earthquake, Caltrans said it was detouring drivers on Highway 395 to State Route 182 near Bridgeport because of the fallen rocks.

UPDATE: Caltrans is detouring traffic on U.S. 395 to State Route 182 in Bridgeport. Maintenance Crews are working to remove the fallen rocks, but there is no ETO for 395 at this time. https://t.co/FRrpx1kuYn

Around 5:20 p.m., Highway 395 was back open from Bridgeport to the Nevada state line, the agency said.

Caltrans confirmed it responded to "several" rockslides Thursday night in northern Mono County due to the earthquake.