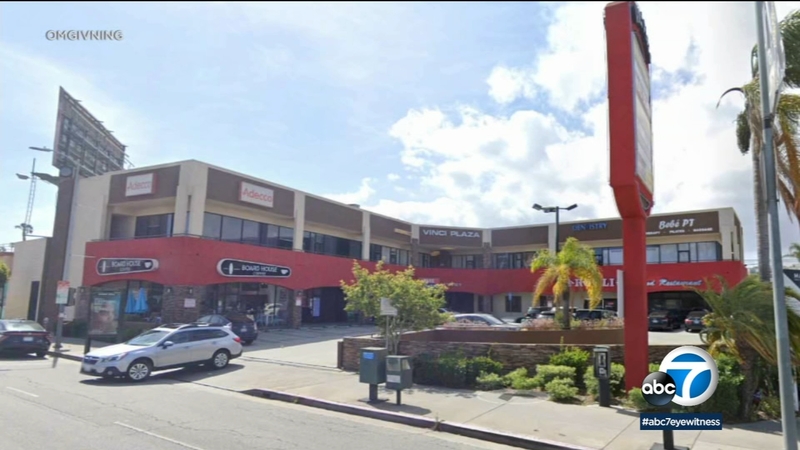 SACRAMENTO, Calif. (KABC) -- Across California, many stores, restaurants, strip malls and shopping centers now stand vacant after shutting down during the COVID-19 pandemic. But could those brick-and-mortar buildings be repurposed to help solve the state's housing crisis?

The Huntington Oaks shopping Center in Monrovia is just one of the many strip malls, large and small, struggling to stay alive. But even before the pandemic, consumer spending habits had already shifted.

"There has been an acceleration of retail to online sales," said state Sen. Anna Caballero, "and what that means is that people are not walking into retail stores like they were before."

The result is vacant commercial and retail property on prime real estate, near major highways and with plenty of parking -- ideal, some lawmakers say, for multi-family housing.

According to Caballero, California needs to build as many as 3.5 million housing units by 2025 to meet Gov. Gavin Newsom's campaign goal -- and production is way behind.

It's why she's authored Senate Bill 6, known as the Neighborhood Homes Act. If passed, SB6 would allow multi-family housing to be built on zoned commercial properties.

"We're trying to create the opportunity for local governments to make some choices for themselves that provide them a quick way to be able to approve housing and get it built," Caballero said.

SB 6 would require a certain percentage of new units to be affordable housing. That number is still being negotiated.

The idea of converting commercial space to housing isn't new. In 1999, the city of Los Angeles passed the Adaptive Reuse Ordinance.

"That was groundbreaking," said Roberto Vasquez, an architect with the Los Angeles-based firm Omgivning. "That was bold reform."

"And we saw just a tremendous amount of benefit and increase in housing production once that ordinance was passed," Vasquez said. "Why was it so successful? Because it did those things that SB 6 is trying to do."

Omgivning created a concept plan for the conversion of an L.A. strip mall into housing units.

"Anytime we can cut the process down, time-wise, I believe -- and we believe as a firm -- that everyone wins," Vasquez said. "The city of L.A. will win in this case, a lot more housing units. We have a housing shortage, and the developers wins, the bank wins."

If SB 6 continues to receive committee approval, it could appear before the full assembly as early as mid-August. Newsom would then have to sign or veto it within 30 days.