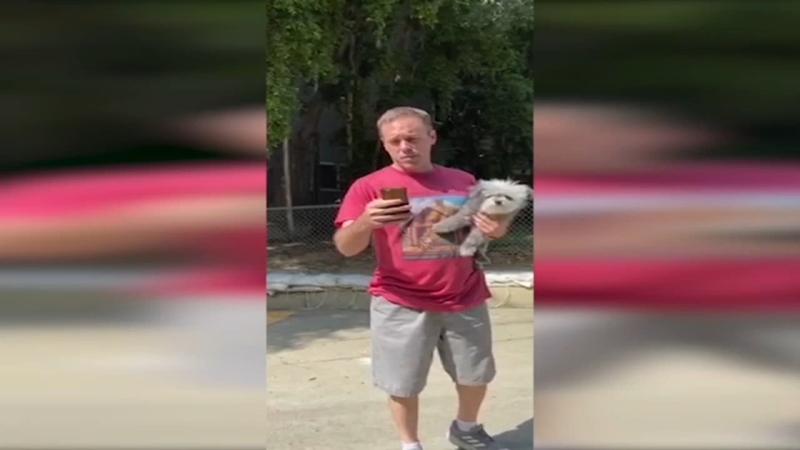 HOLLYWOOD HILLS (KABC) -- California's leaders have urged residents to heed the statewide mandate on wearing masks in public, but the order has drawn criticism. And for those tasked with trying to enforce the order, it hasn't been easy.

One man was captured on video Friday refusing to wear a mask at the popular hiking trail Runyon Canyon. The footage was taken by a woman who wishes to remain anonymous but identified herself as a city employee for the Los Angeles Department of Parks and Recreation.

The woman, who is tasked with asking patrons of the trail to wear masks and practice physical distancing, says she's encountered the same man several times but no longer engages with him since he's become verbally abusive.

She added that a different walker purposely coughed on her and ran away the day before.

Eyewitness News spoke to Scott Weil, the man in the video, who doesn't believe his behavior is out of line and alluded to his skepticism with warnings from top health officials, including Dr. Anthony Fauci.

"Everything Fauci has said, has not been true, it's not even been close to true," said Weil. "People are not asking enough questions, they're just wearing this mask... there's a psychological thing going on that's not being talked about... Is there actually more harm being done?"