About 85% of fires in the west are manmade and the rest are due to weather conditions, a meteorologist says.
KABC
By Ashley Mackey 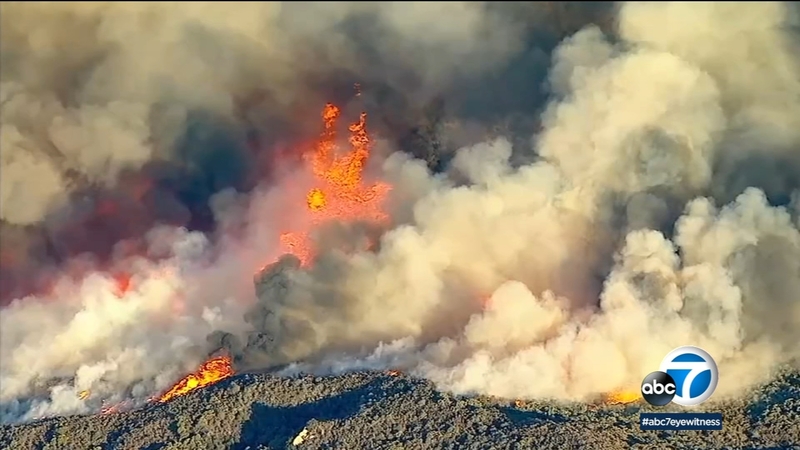 Wildfires in California have become a year-round concern. As we move into a warmer, dryer climate, meteorologists anticipate more acres will burn this year nationwide.

"We went out today with a projection of the wildfire season for the entire nation at 8.1 to 8.3 million acres being burned. That's up from the 7.1 last year," said Paul Pastelok, a senior meteorologist at AccuWeather. "And California, we do feel, is a state that's in big concerns."

Pastelok said while it's too early to get specific, weather predictions, California's current drought situation and risk factors of people starting fires make this a serious situation.

"I can't say when exactly or where exactly those fires are going to be at this point," Pastelok said. "But we can just look at the forecast that we are going for during that time period and come up with some ideas compared to other years."

Pastelok said about 85% of fires in the west are manmade, and the rest are due to weather conditions. As we get into the warmer season, he said we should be careful around dry natural fuels like brush and bushes.

"I think that a lot of people are itching to get out and go into camping mode," Pastelok said. "But in this situation that we're in, they should know ahead of time that maybe that's something we have to eliminate or not do at that point."

Fire departments are also preparing for fire season and implementing new tools and technology to help, like heavy machinery and drones.

"It's one of the tools that's come a long way just like any other tool," said San Bernardino County Fire Captain Ted Mohr. "This one adds a lot, especially for incident commanders and the management teams. They're able to see more of what's happening with the fire if they don't have a helicopter or a plane to give them that birds-eye view."