Is your city on the list? California bill would allow pilot cities to extend nightlife to 4 a.m. 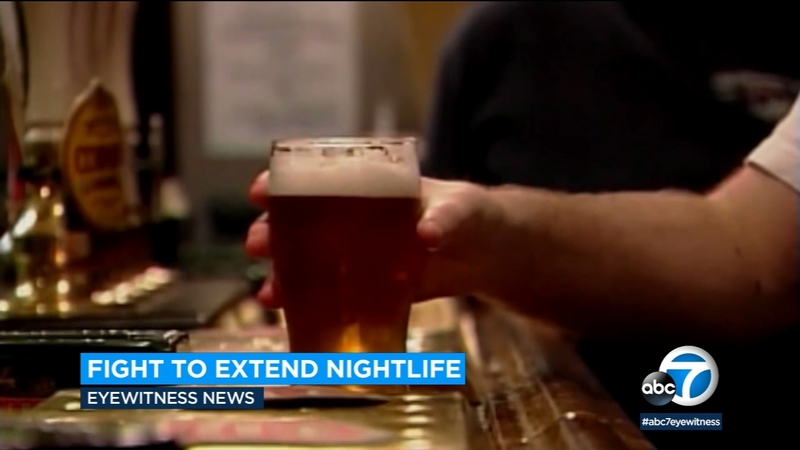 SAN FRANCISCO (KABC) -- The third time could be the charm in the fight to keep California's bars, clubs, and restaurants open later.

State Senator Scott Wiener of San Francisco announced a bill over the weekend that would allow the sale of alcohol from 2 a.m. to 4 a.m.

He's been trying to change the law for years.

Wiener says extending nightlife could have a major impact on tourism, small businesses and local economies.

🧵 It’s Friday so time to announce something FUN, like extending nightlife to 4 am!

Specifically, I’m partnering with @MattHaneySF on new legislation (Senate Bill 930) to allow, but not require, 7 pilot cities to extend to 4 am alcohol service at bars, restaurants & nightclubs.

"No, it won't lead to mischief & mayhem. But it will lead to better, more diverse & more interesting nightlife in the cities that decide to participate," Wiener said. "It will also help the nightlife sector, which has been battered by the pandemic."

Seven cities including West Hollywood have asked to be part of a five-year pilot program.

No city is required to participate. Wiener said that citizens can reach out to their government officials to request to be part of the pilot program.

"Before people start asking 'what about my city?!' - we're happy to add other cities if they request to be added. So advocate away at your City Hall," Wiener said.