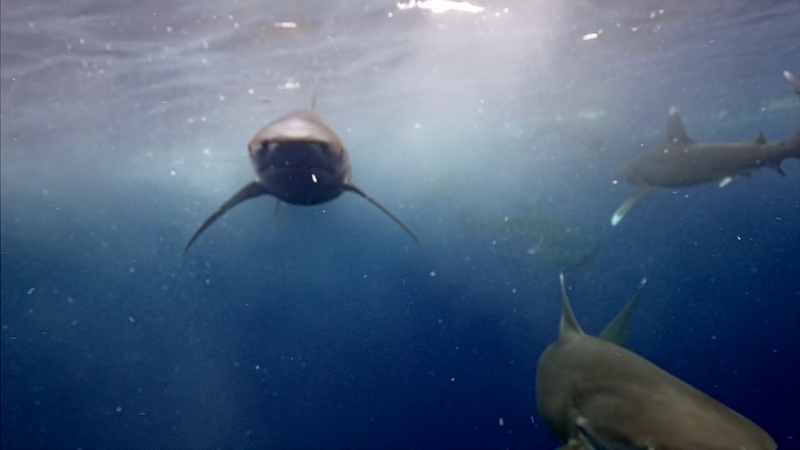 Sharks swim by you 99.9% of the time without you knowing, experts say

MAUI (KABC) -- A 73-year-old snorkeler from California was bitten by a shark estimated to be 8 feet long off the coast of Maui.

Jetski units responded to Kaanapali Beach Friday morning after receiving reports of the incident that took place approximately 40 yards from the shore, according to fire officials with the County of Maui.

The snorkeler managed to make his way to the shore "on his own power" and was given first aid.

Officials say the man was last reported to be in good condition and only suffered lacerations to his calf.

Oceans conditions were said to be calm but beach goers were being advised to stay out of the water.