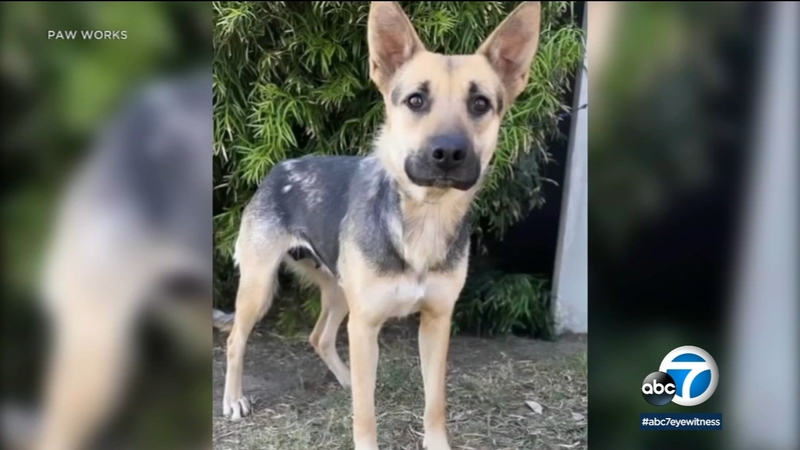 CAMARILLO, Calif. (KABC) -- A $17,000 dollar reward is being offered for information leading to the person who kidnapped a dog from a Camarillo shelter -- that dog later died.

Surveillance video from the shelter shows a person broke into the building early Thursday morning, setting off the alarm, and took Pretty Girl from her crate.

Shelter workers like to think Pretty Girl put up a good fight and somehow escaped from the suspect's car.

"Unfortunately because she was in such a state of shock and fear when people tried to stop their vehicles to catch her, she jumped over the center divider back to the southbound side of the freeway," said Paw Works Director of Operations Brittany Vizcarra. "Where it's been reported by numerous people that they saw her get hit by a car."

Anyone with information on the deadly dognapping is urged to contact Camarillo police.