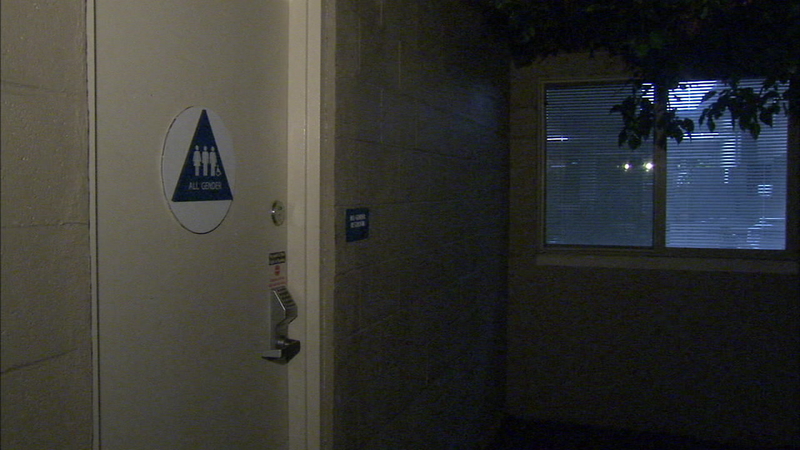 RANCHO PALOS VERDES, Calif. (KABC) -- A city of Rancho Palos Verdes building inspector was arrested Tuesday and charged with 89 counts of voyeurism after he allegedly placed hidden cameras in restrooms at city hall and a nearby business, officials said.

Officials allege Andrew James Jensen, 49, of Huntington Beach hid miniature cameras in a unisex employee restroom at Rancho Palos Verdes city hall and at a nearby local business. The name of the business was not disclosed.

The camera was discovered by a city staffer at city hall on July 5, and officials say the investigation eventually led to Jensen. The hidden camera - the size of a quarter - was velcroed to the bottom of a bathroom stall dispenser.

Jensen was arrested Tuesday afternoon and booked at the Lomita Sheriff's Station in lieu of $450,000 bail.

The Los Angeles County District Attorney's Office filed a misdemeanor criminal complaint alleging 89 counts of voyeurism. Detectives who went through the footage found 89 incidents where people were recorded over the span of three weeks in the two locations.

"He had access, I assume, to a lot of different properties, however, a couple of months ago our detectives executed a search warrant at his residence in Huntington Beach and no additional evidence of this crime was located," said L.A. County Sheriff's Department Capt. Daniel Beringer.

Jensen began working for the city as a temporary part-time building inspector in August 2011 and then was hired for a full-time position with the Community Development Department in December 2013, city officials say. He has resigned his position with the city.