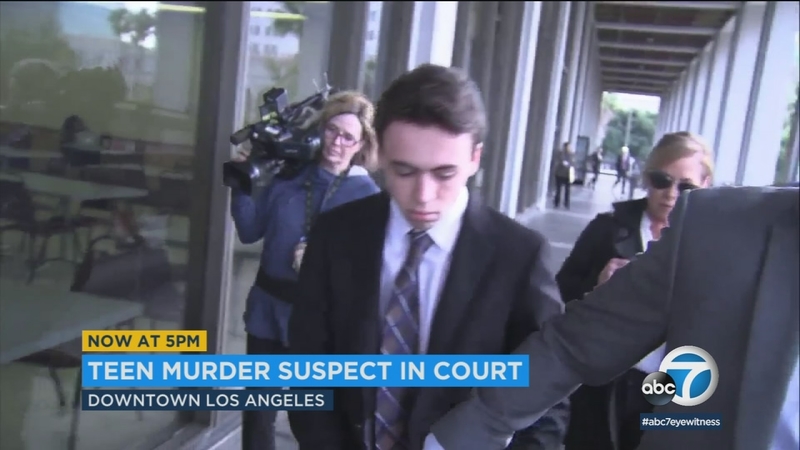 LOS ANGELES (KABC) -- Cameron Terrell, the 18-year-old from Rancho Palos Verdes, accused of participating in a South Los Angeles gang killing, was back in court Tuesday.

He lives in an exclusive neighborhood but police say he became part of a South LA gang.

In Tuesday's preliminary hearing investigators tried to show how he was connected to the gang.

Gang investigators are trying to establish that Terrell has ties to the gang. In court the DA presented a photo which shows a number of people they say are admitted members flashing gang signs. Among them was Terrell.

Detectives say on Oct. 1, Justin Holmes was gunned down on 78th Street near Western Avenue.

Investigators allege two juveniles asked the 21-year-old Holmes where he was from and then shot him. They say Terrell admitted he was the driver of the getaway car.

The judge ruled there is enough evidence to move forward and for Terrell to stand trial.