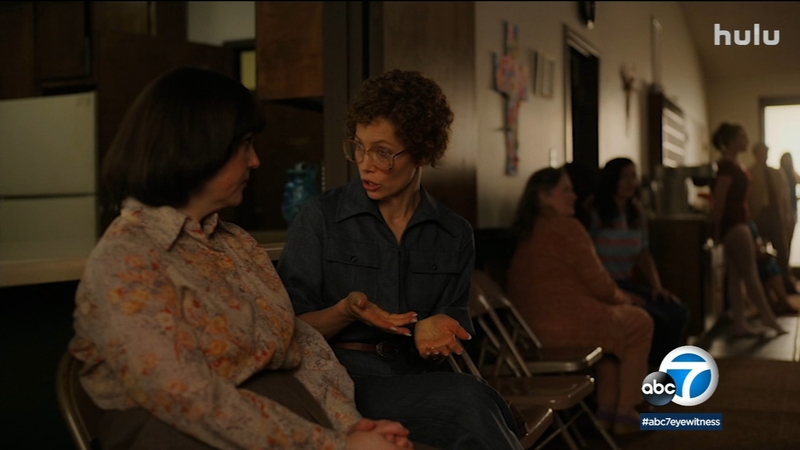 HOLLYWOOD -- Jessica Biel heads the cast of Hulu's new five-episode mini-series called "Candy." She plays the title role, a Texas housewife who, one day takes an ax to her good friend...41 times.

"Candy" is set in Wylie, Texas, in 1980, and is based on true events. Biel plays Candy Montgomery, a wife, a mother, and a woman charged with murdering her friend, Betty Gore, played by Melanie Lynskey, and claiming self-defense.

Candy "seemed" to have a great life. She was also sleeping with Betty's husband.

"It definitely doesn't make any sense on the first look at it. And then you start to kind of peel the onion of this woman's life, you can see how there have been so many regrets and so many, so many things that were hidden away within her that she never was able to communicate about," said Biel.

"Five episodes was the perfect length for his. It's short enough. You know, it's a one-week event. It's an hour every night. But there's also enough room to really tell the story, really get into these women's lives and the care and the attention that is taken in the show, I think, is so beautiful," said Lynskey.

"I mean, there's so many things that I learned about her from this incredible book that we were lucky enough to read called 'Evidence of Love,' which really talked about both of these women in great, great, great deal," said Biel.

Their husbands are also part of this story, and say the series only gets more stressful, even uncomfortable, as things play out.

"It will be unsettling and stressful the entire way through," said Timothy Simons.

"Every single episode, it feels like we're being pulled toward that room to experience something that we probably don't want to experience but have to," said Pablo Schreiber.

"Candy" is streaming now on Hulu.

Disney is the parent company of Hulu and this ABC station.