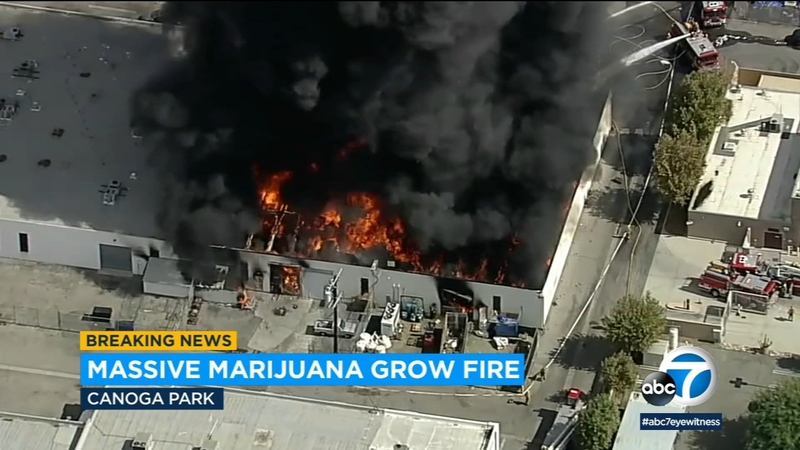 The fire was first noticed and reported by firefighter/paramedics who were returning from another call in an ambulance just after noon and saw flames from the building at 8423 N. Canoga Ave.

Firefighters say it appears the building was a commercial marijuana grow operation. Several vehicles parked near the building were also damaged.

One woman said her husband was in the area at the time and saw the man come out on fire.

"He described there was a gentleman who came out fully engulfed, on fire," she said. "He got the fire extinguisher, put the gentleman out and helped to drag him to safety."

The Los Angeles Fire Department assigned 150 firefighters to battle the flames at the one-story commercial building.

Firefighters declared a knockdown 75 minutes after they arrived, and they stayed on scene to monitor hot spots and assist with the investigation.