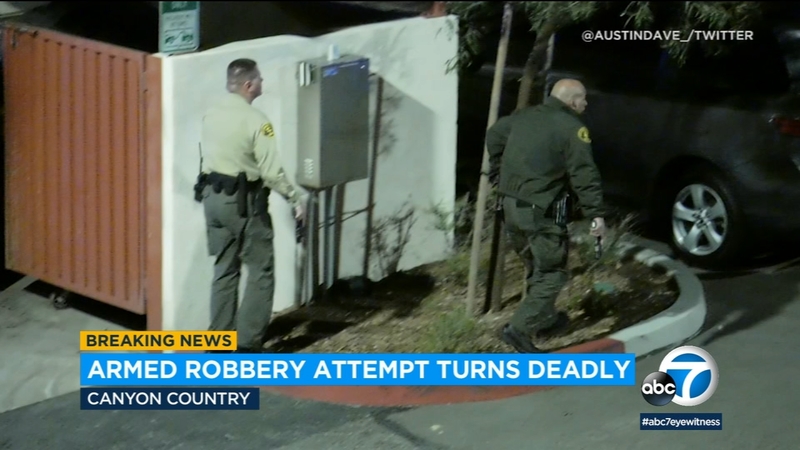 The shooting occurred at a liquor store in the 19900 block of Golden Valley Road at about 8:21 p.m., according to the Los Angeles County Sheriff's Department.

Authorities say the suspect exchanged gunfire with the store owner and was pronounced dead at the scene after being wounded. The store owner was shot, and transported to a hospital with injuries described as non-life threatening.

Investigators later questioned the victim, but no arrest was made.