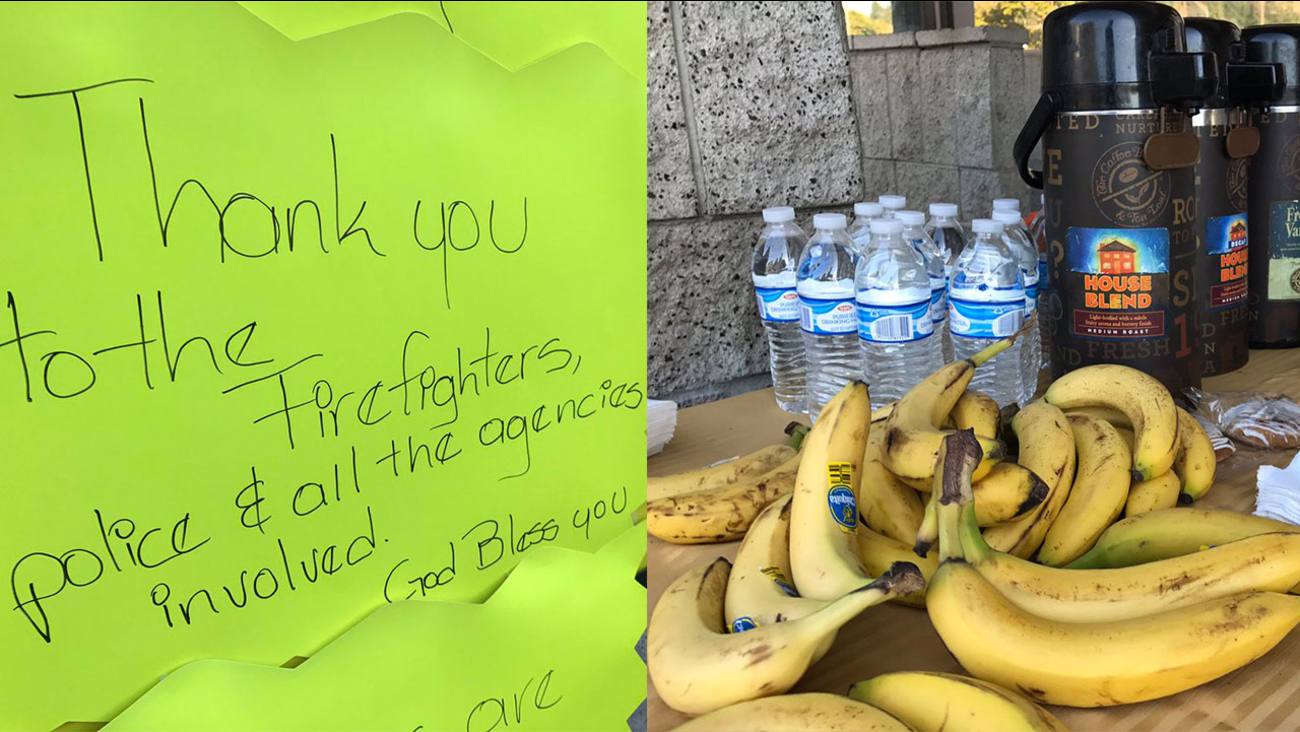 Firefighters and first responders were welcomed and were offered free breakfast and coffee on a table outside the Ralphs store.

CORONA, Calif. -- A Ralphs grocery store has found its own way of contributing to the battle against the Canyon Fire that has driven more than 1,500 residents from their homes in the Corona area.

The store on Green River Road in Corona found that its parking lot had become a waypoint for residents of the hundreds of homes in the area that were evacuated due to the fast-moving fire.

In response, Ralphs kept its doors open all night Monday and offered its restrooms and food from inside the store to victims at no cost.