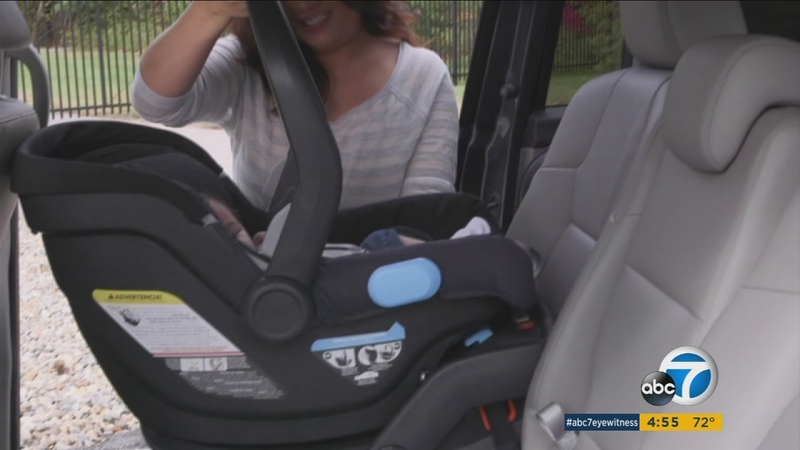 LOS ANGELES (KABC) -- In the 40 years that Consumer Reports has tested car seats, much has changed from the seat and harness styles, to the way they are secured in cars.

All the changes have dramatically improved child passenger safety and the most recent improvement is called the load leg.

"The load leg is a support that extends from the base of the infant seat to the vehicle floor, making the seat more stable and safer for the baby," said Dr. Emily Thomas, Consumer Reports' car seat expert.

Consumer Reports recently updated its ratings of rear-facing infant seats, which typically offer the best fit for children under the age of 1.

Side-by-side crash footage showed how similar seats from the same manufacturer performed with and without the load leg.

Although both performed well, the seat with the load leg had less forward motion than the one without it.

"In our crash tests, seats with a load leg resulted in almost a 50 percent decrease in head injury risk to the dummy compared to seats without it," Thomas explained.

Even though the load leg adds a step to the installation, evaluations by Consumer Reports found it easy to use.

But consumers paid a premium for the new feature. Seats that include a load leg tended to be expensive, with prices ranging from $250 to almost $400.

While Consumer Reports said that all seats were safe when used and installed correctly, seats with a load leg feature offer an additional margin of safety.

Consumer Reports warned that not all domestic cars were designed to work with the new style of car seat.