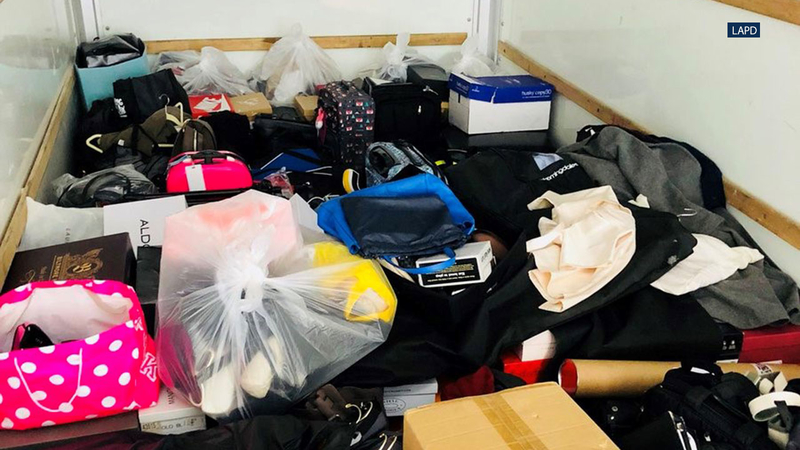 2 arrested for stealing thousands of items from Valley cars

The LAPD said that the items recovered were either stolen or purchased using stolen credit cards. From laptops to cellphones, shoes to purses and even rubber bands, the suspects stole these items over the years and hoarded them in their homes.

"We weren't sure what we were going to get. Obviously, it was a lot more than I think we expected," Detective Linda Lowande said.

Authorities believe the thieves snatched everything in their possession simply by breaking into cars. For the two suspects, nothing was off limits from handicap placards to an American Red Cross emergency prep bags.

Police believe many of the victims are most likely tourists because of the many suitcases and golf clubs they found.

Detectives are searching past police reports and using identifying information to find the victims. Police want to remind the public not to leave anything in your vehicle - even pens.