In 'Promising Young Woman' Carey Mulligan plays a woman with a bright future, but a mysterious event changes everything.
OTRC
By George Pennacchio 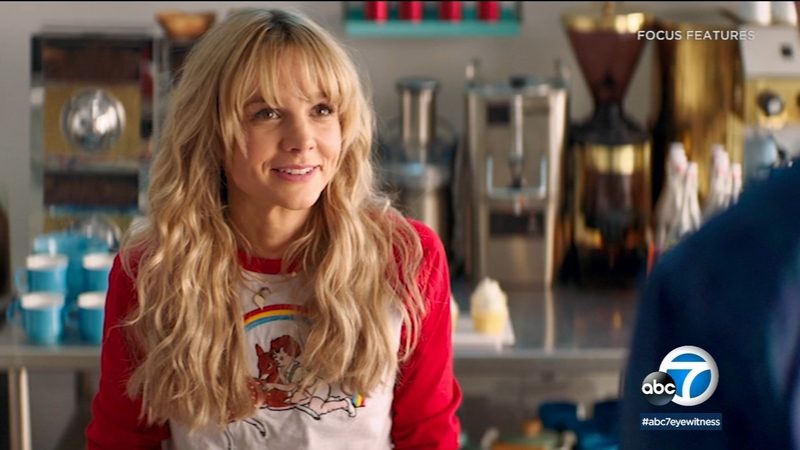 HOLLYWOOD -- Carey Mulligan is getting rave reviews and awards buzz for her role in "Promising Young Woman." The movie takes us on a ride with twists and turns...and then revs up with revenge.

As the title suggests, Mulligan plays a promising young woman on her way to becoming a doctor...but a mysterious event changed everything. She's now working at a coffee shop by day, and leading a double life at night...all for a reason that will be revealed.

"I was just so blown away by the script in general because I had no idea where it was going," said Mulligan. "But the way that it plays with audience expectations and the way that the audience is sort of slowly let in on more and more information about here was, yeah, just so brilliantly written. The joy of reading a script and after 20 pages thinking, 'This can literally go anywhere. She could end up on the moon. I have no idea where this is going' was just so exciting."

"Promising Young Woman" is getting critical acclaim. It was shot in 23 days on what Mulligan calls "a fairly shoestring" budget by first time feature film director-and actress-Emerald Fennell.

"She is also not allowed to make a film without me in it from now on," said Mulligan. "I told her she has to put it in her contract that I was going to be there in the background."

For now, though, Carey is in the spotlight, happy her performance-and her movie-are both getting praise.

"I am trying to be better at being, receiving things with gratitude, you know? That's kind of all you can do, I think, in 2021 is just think like, 'Be grateful!" said Mulligan.