Prosecutors have yet to decide whether to seek the death penalty against him.
City News Service 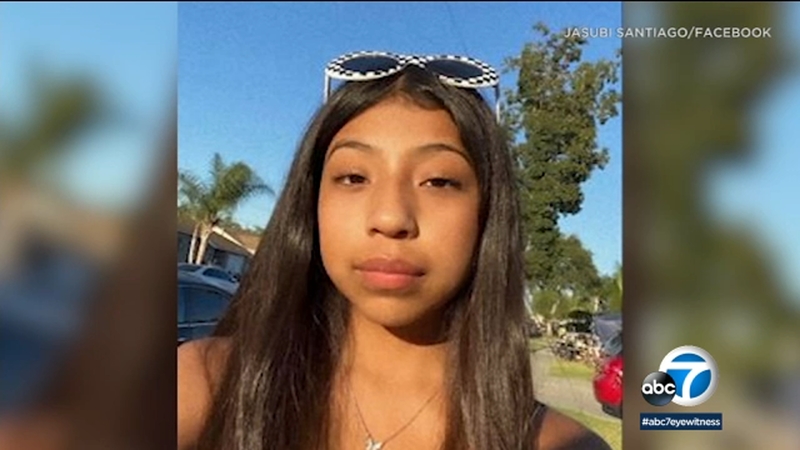 PICO RIVERA, Calif. (CNS) -- A probationer was charged on Wednesday with capital murder and other counts stemming from a carjacking in Pico Rivera in which a 13-year-old girl died and her 8-year-old brother was seriously injured.

Jose Elias Aguilar, 26, of Los Angeles is scheduled to be arraigned Aug. 19 at the Norwalk courthouse on one count each of murder and corporal injury to a child, along with four counts each of carjacking and kidnapping for carjacking.

The murder charge includes the special circumstance allegations of murder during the commission of a carjacking and a kidnapping, along with an allegation that he has a 2017 conviction from Orange County for first-degree burglary.

Prosecutors have yet to decide whether to seek the death penalty against him.

Aguilar allegedly got into a parked van where Isabella Cortes and her three siblings -- her 8- and 11-year-old brothers and 18-year-old sister -- were waiting outside La Mano Tortilleria at 9237 Whittier Boulevard while their parents went in to get food about 2 p.m. Sunday.

"Before the children were able to safely exit the vehicle, the suspect drove off from the location at a high rate of speed,'' Los Angeles County Sheriff's Deputy Juanita Navarro-Suarez alleged.

"Immediately afterwards, the side doors to the van slid open and the 18-year-old female briefly fought with the suspect before she jumped from the van,'' Navarro-Suarez said. At about the same time, the 11-year-old male was able to jump out of the van to safety, with both sustaining minor injuries.''

Aguilar allegedly continued westbound on Whittier Boulevard at a high rate of speed and the 8-year-old boy was forcefully ejected from the van'' at Deland Avenue, suffering major injuries, the deputy said.

"Seconds later, the suspect was driving at approximately 60 miles per hour, when the 13-year-old female was ejected from the vehicle at the intersection of Lindsey Avenue and Whittier Boulevard,'' she said. "The female struck a stationary object, and, unfortunately, sustained fatal injuries at the scene.''

Aguilar allegedly continued on Whittier Boulevard when he struck another vehicle at Rosemead Boulevard, disabling the van, Navarro-Suarez said.

He allegedly ran from the vehicle toward the Whittier-Narrows Recreation Area, where he saw a man get out of a vehicle and attempted another carjacking. The driver fought back because his wife and child were still inside the vehicle and it moved about 100 feet before crashing into a bridge, she said.

Aguilar allegedly then attempted to run back to the disabled van.

"Street vendors nearby saw the events that just occurred and several of them detained the suspect until deputies arrived on scene,'' the deputy said.

Aguilar suffered minor injuries and was taken to a hospital for treatment before being booked on suspicion of murder, carjacking and kidnapping, Navarro-Suarez said.

"He was recently arrested and released on zero bail for felony possession of a dirk/dagger and vandalism and is currently on summary probation for other charges,'' she said.

A suspect was arrested after a violent carjacking that killed a 13-year-old girl in Pico Rivera, officials say.