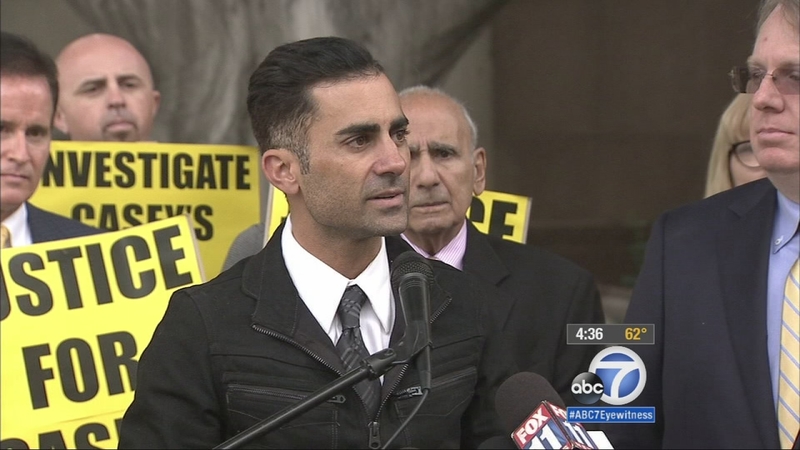 LOS ANGELES (KABC) -- Six months after the death of radio legend Casey Kasem, his children from his first marriage presented the Los Angeles Police Department with evidence that allegedly proves he was abused by his wife.

They said a death certificate contained numerous errors and was used to ship Kasem's remains to Norway, away from investigators.

They allege Jean Kasem did not have the body embalmed so that it would deteriorate, leaving no trace of killer bedsores.

"We know what happened, if you've seen the evidence, if you've seen what we have seen, you would understand completely, absolutely why we are here," son Mike Kasem said.

A letter from a doctor shows that against medical advice, Jean Kasem disconnected her husband's g-tube, which provided food and hydration. It says she was warned that taking him out of a Santa Monica convalescent home and transporting him to Washington could cause harm or death.

"This woman Jean Kasem is in the top five, top three maybe, of the most evil people I have ever investigated," said Logan Clarke, a private investigator.

The children say the LAPD detective investigating the allegations went on leave and that the case has not been re-assigned. Eyewitness News was not able to verify that through LAPD.

Jean Kasem's attorney did not respond to a request for comment.