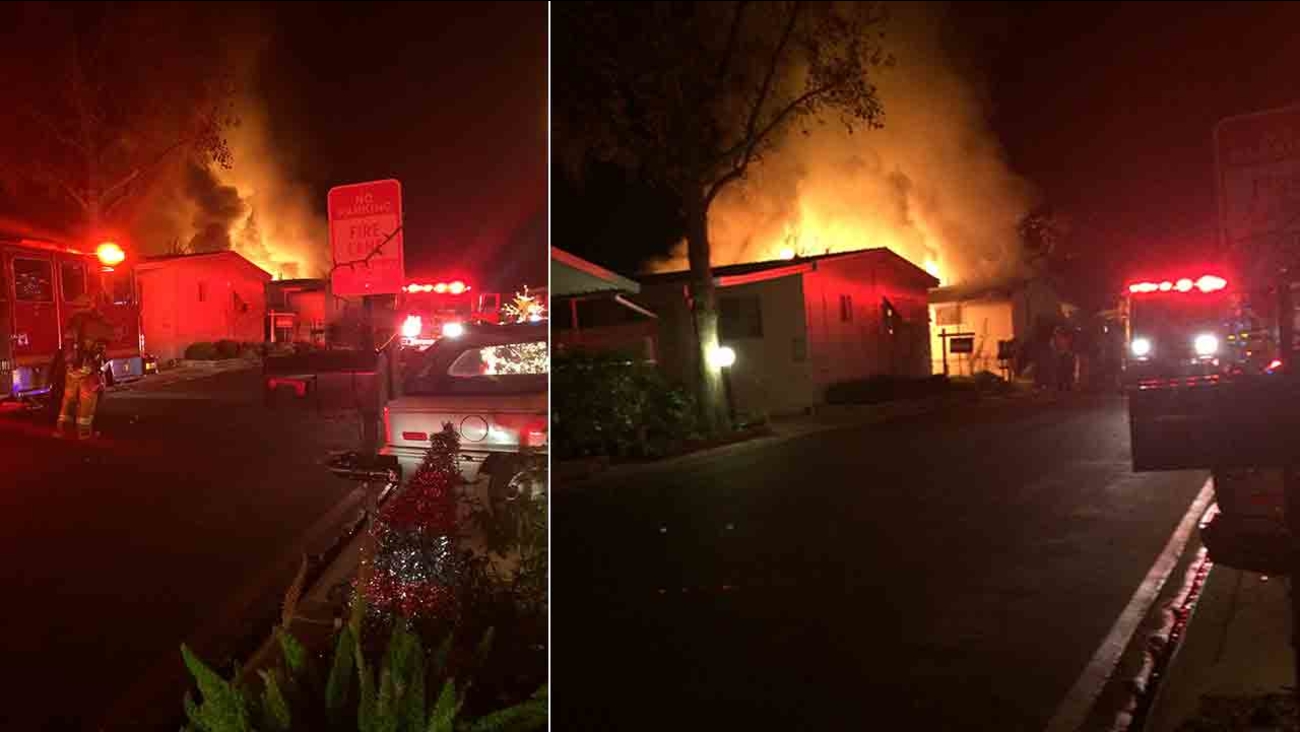 Fire officials said the woman was found dead inside the trailer. Family members identified the victim to Eyewitness News as Jacqueline Fiedler.

Neighbors described Jacqueline as very sweet. She was reportedly bedridden because of diabetes and other health problems.

"I busted out the windows with my hands. We yelled in there to see if I could still hear anyone screaming. I went to the other door, that was engulfed in flames," said Matt Holman of Castaic.

Her husband, identified by family as Walter Fiedler, was rushed to an area hospital in unknown condition.

"It was completely engulfed. The flames were way up in the air and I walked over and saw Walter sitting over here and black, singed hair, in shock," said Pam Low of Castaic.