The footage even shows an oncoming train in the distance.
WABC 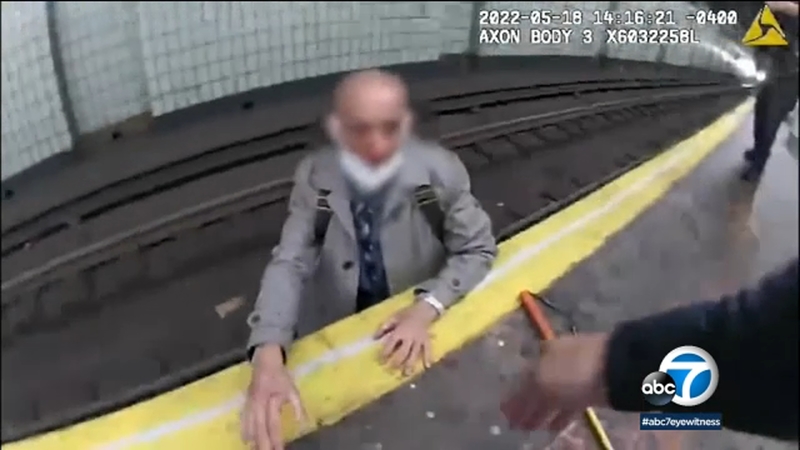 NEW YORK -- Dramatic body camera video shows two police officers in New York leaping into action to save a blind man after he stumbled off a subway platform last week.

The video shows the officers running toward the 61-year-old who fell onto the tracks.

The footage even shows an oncoming train in the distance.

The man appeared to have suffered some cuts to his hand, according to the footage, but was safely rescued.

New York officials praised the officers for their quick thinking.

"We don't see ourselves as heroes at all," said Greco, who was reunited with the man this week. "We think anybody would've done the same thing."

After a blind man fell onto the tracks inside Brooklyn's Grant Avenue train station, Detective Greco and Officer Macaluso pulled him to safety just as a train was entering the station. Today, those officers reunited with him at a ceremony for the @MTA to show their gratitude. pic.twitter.com/W5UICszuyW

The Metropolitan Transportation Authority awarded the officers with "Hero of the Subway" commendations.

"My pilot has gone incoherent," the passenger is heard saying in his call to Air Traffic Control. "I have no idea how to fly the airplane."