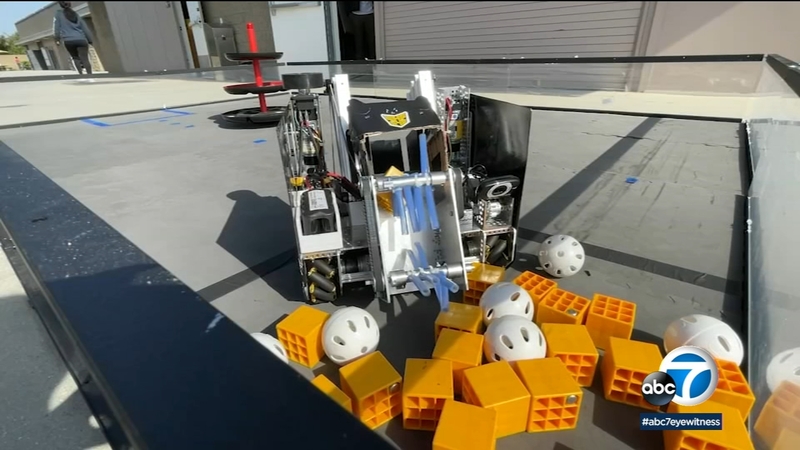 "We were like, 'It looks kind of cute,' and so due to the small size, its mobility, the fact that when you extend the outtake it looks like a tail, we called it Pika and we think it's kind of cute," said Kirsten Yen, build head for the FTC team at Whitney High School.

"The whole point of making our robot really small was so we can move in between barriers that other robots would technically go over in competition," said Aleena Kang, a builder for the FTC team.

In honor of May 4, the team spoke with ABC7.

They work with the nonprofit "FIRST," which inspires young people to learn science, technology, engineering and mathematics skills through mentor-based programs.

FIRST has an ongoing relationship with Disney and Lucasfilm. Together, they work with students to use skills they're learning to be forces for change in their communities.

The FTC team made Pika and 15 students that helped.

Pika is just one example of what these students do, they also give back to the community.

They have a "science in a box" program where they create bags with a science project inside.

They send those bags to a library where people can pick them up.

The students go through a virtual lesson with the people who have the project and explain it to them and the concept behind it.

The team is currently in the off season but they're always working on their next best project for future competitions.