Chapman University cleared after reports of possible man with gun 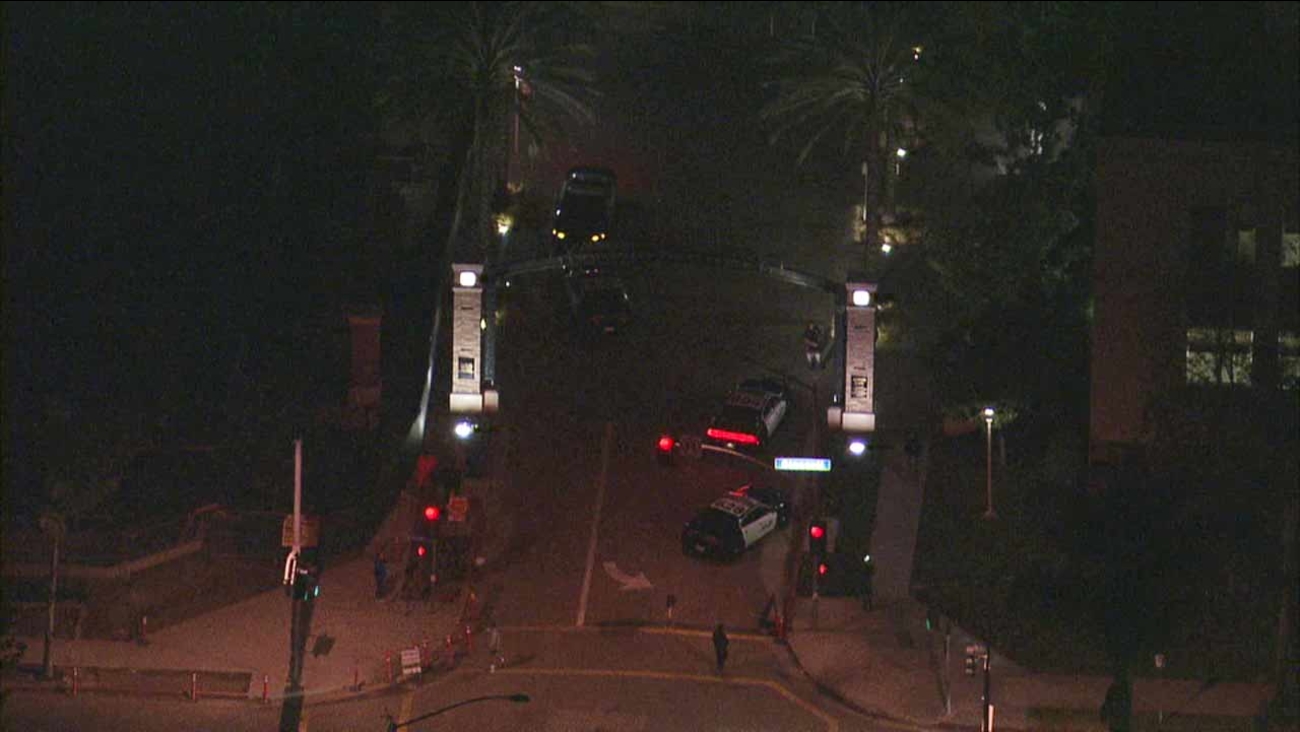 Orange PD officers investigate one area at Chapman University following reports of a man with a possible handgun Tuesday, Dec. 15, 2015.

ORANGE,Calif. (KABC) -- A man was reported to have a possible handgun at Chapman University, but after an extensive search, the school was later deemed safe, officials said.

The sighting happened at about 7:15 p.m. on the campus located at 1 University Drive, according to Mary Platt, a university spokesperson.

Campus officials said the suspect was reportedly seen with a handgun in his left hand near DeMille Hall, and all students inside were asked to shelter in place.

All others in the general area were asked to evacuate.

At 8:17 p.m., Orange Police completed its search and found no threat, according to the school's last alert.

The suspect was described as a man with short black hair, 25 to 30 years old, 5 feet 10 inches tall and weighing about 180 pounds, with a red, yellow or orange sweater.