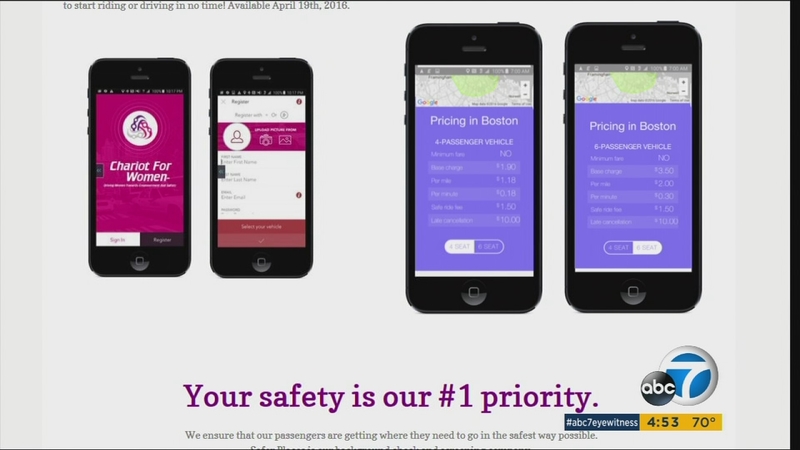 NEW YORK (KABC) -- A controversial new ride-sharing service is for females only.

"Chariot for Women" is an Uber-like service, but it only hires female drivers and will only pick up women or boys 13 and under.

"Having thousands of passengers in my backseat, I heard stories about unsafe travel and Uber drivers hitting on women and just a lot of unsafe issues," Michael Pelletz told ABC News.

Pelletz, a former Uber driver, and his wife, Kelly, are the founders of Chariot for Women. It's intended to help female passengers feel safe, but the service is being criticized as sexist and discriminatory.

Chariot for Women is not the first women-only car service to hit the market. SheTaxis, an all-female transportation service, launched in New York City in 2014.

The company told ABC News they received an overwhelmingly positive response from customers but had to temporarily shut down, both because they could not meet the demand and because of accusations of discrimination from men looking for a ride. The company plans to relaunch soon under a new name, SheHails.

Chariot for Women maintains their business is well within the law.

"We believe that giving women and their loved ones peace of mind is not only a public policy imperative but serves an essential social interest," the company's lawyer told ABC News.

Lyft told ABC7, "The safety of the Lyft community is our top priority," and says it's worked hard to protect both drivers and passengers.

Uber said in a statement, "Our technology eliminates nighttime street hails, allows riders to see their route in a map in the app, enables you to share your estimated time of arrival and location with friends and family, and eliminates the need for cash."

Chariot for Women, which launches nationwide April 19, also plans to increase safety by requiring both the passenger and driver to say a unique password before the ride begins.