Charles Manson's grandson speaks out on legal fight over his remains 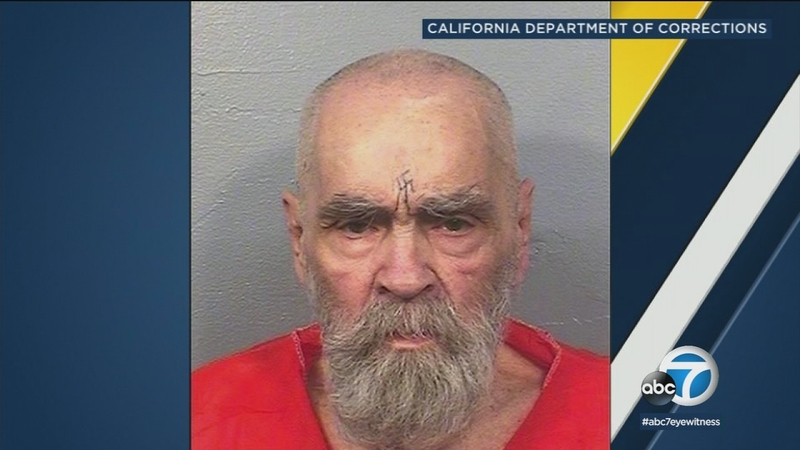 Charles Manson's grandson fights for right to his remains

LOS ANGELES (KABC) -- The complicated legal battle over the estate and remains of Charles Manson continued in a Los Angeles court on Friday, as the serial killer's grandson made an impassioned plea to the judge.

Manson's grandson, Jason Freeman, is one of several people claiming rights to Manson's remains as well as his estate.

Assets associated with his estate could include potentially lucrative rights to the use of his image and songs he wrote and any other property.

Freeman said he should have the rights to his grandfather's remains.

"I'm here to claim my grandfather, have him cremated, spread his ashes and do the right thing," Freeman said outside of court.

In a 17-minute, at times rambling press conference that brought up Freddy Kreuger, Jesus and the devil, Manson's grandson spoke of his eight-year relationship with his grandfather.

"What do I feel for Charles Manson? I'm gonna take it as one thing from my heart. And say that I love my grandfather. Everybody makes mistakes."

"He did his time. If a grandson can't say that he loves his grandfather then our world is a little messed up," he added.

But whether he'll get his wish of spreading his grandfather's ashes will be decided another day.

Judge David Cowan ruled to separate the legal issues of Manson's remains and his estate. The estate case will be decided in Los Angeles, where Manson was living at the time of his crimes.

The case over his remains will be decided in Kern County where he died in a Bakersfield hospital.

Manson and his "family" of followers were convicted of nine murders in the Los Angeles area in 1969, killings that terrorized the city before the murderers were caught. He served decades in prison before dying in November.

There are multiple parties involved in the legal cases in addition to Freeman.

One man, a pen pal of Manson's, claims to hold a will leaving everything to him. Another man claiming to be Manson's son is also staking a claim.