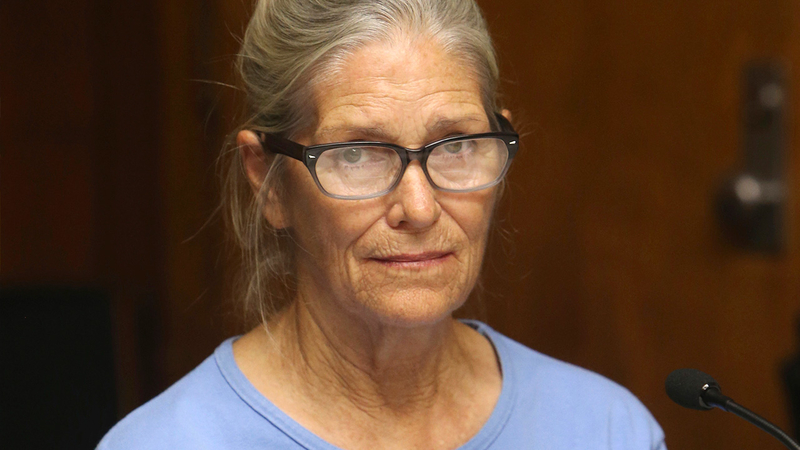 But all three times California's governor has blocked it.

The third denial just came down from Gov. Gavin Newsom.

Leslie Van Houten is not getting out of prison, but should she?

How do you reconcile committing an act so vile, your name is synonymous with evil?

Do you deserve to once again taste freedom?

It was 50 years ago this summer when a series of unsolved murders terrified LA.

They were so heinous the city lived in fear for months.

When we finally met Charles Manson, the man responsible, he coldly enjoyed the attention.

His followers who carried out his brutal orders to kill arrogantly made a spectacle of themselves each day of the trial.

It was a frightening circus.

"It was something that no one else could experience who hadn't been there," said journalist Linda Deutsch. "It was so life-altering in many ways because you saw a side of humanity that you didn't think existed."

Deutsch is a legendary reporter who retired from a long career with the Associated Press.

The Charles Manson trial was her first big assignment.

She recalls when the murders happened in August 1969.

People suddenly started to lock their doors and fear what was outside.

That "Summer of Love" died a very fast death.

She said, "There was no more 'let the sunshine in'. It was now horror and violence and killing."

Deutsch went on to become one of the most respected journalists in Los Angeles history.

By the end of her long career, the Manson trial was one of many huge stories she had covered.

But then, something spectacularly unexpected happened.

"A couple of years ago, I retired," Deutsch said. "And I got a call from Leslie's lawyer. And she asked if Leslie could write me a letter. And I said, of course."

"Leslie" was Leslie Van Houten, one of Manson's infamous murderers. During the trial, the 19-year-old's wholesome, attractive looks were a contradiction to the horrible acts she committed, admitting to stabbing Rosemary La Bianca 14 times.

Five decades later, the Leslie that Linda would come to know was very different.

Deutsch says Van Houten wrote her a letter thanking her for being fair to her all these years.

She goes on to say that Van Houten wrote: "I cannot tell you how pleased I am that you are comfortable hearing from me."

Reading from a letter, Deutsch quotes Van Houten: "You are perhaps one of the few people who have seen me at my worst and have been present at many of my most difficult moments."

Deutsch said, "She said that the coverage I had given her was not always something she liked. She said it often stung. But she said it should. She said, 'I had to face what I had done.'"

The letter would open the door for Linda to visit Leslie in prison.

"Each time out the visits have gotten longer. It's been always like three to four hours because we have so much to talk about," Deutsch said.

"And it's not just the killings and the trial. But also about how she has been transformed in the years since."

"She got a bachelor's degree. She got a master's degree in prison. She wrote an incredible master's thesis, which I have read. And she took courses in counseling, so she could help other women who were in the same situation she was."

Now that Linda Deutsch has gotten to know Van Houten, she believes she should be paroled. She feels like she's served her time.

"She said to me once: 'You know I could not have lived if I did not pay for what I did.' But she said 'But I never thought that I would have to pay for this long.' It's very long. It's beyond anything that anyone has ever had to serve for murder. Any woman," Deutsch said.

There is of course, the other compelling side of the argument.

I sat down with Al Wiman, another legendary journalist who worked for Eyewitness News at the time of the Manson murders and was one of the first on the scene.

In fact, he helped solve the case by finding a key piece of evidence: the bloody clothes.

Fifty years later, what refuses to leave his mind is the shocking savagery.

"One of the defense attorneys, when he saw the pictures of the murders had to go to the restroom and throw up. I don't forget the brutality of it," Wiman said.

"And I don't get how any human being who is involved in this can just say 'I'm changed now.'"

Redemption. Should it always be attainable? Or are there special cases where it should be left out of reach?

What is undeniable is that Charles Manson and his followers changed LA forever.

Is a lifetime enough to forgive that?

"Manson is remembered for many reasons but one of them is that he changed the culture," Deutsch said.

"What was beautiful and young and innocent had been wiped out by something so vicious and gross and horrible and with no reason."

In Gov. Newsom's denial, he said he was "concerned about her role in these killings and her potential for future violence."