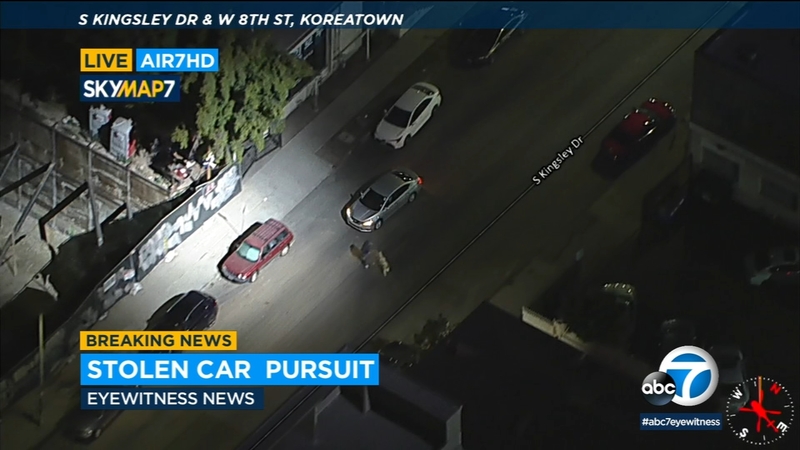 KOREATOWN, LOS ANGELES (KABC) -- A suspect driving a stolen car led Los Angeles police on a chase Monday night that was apparently called off because of the suspect's dangerous driving.

AIR7 HD was over the chase around 11:20 p.m. as the suspect was driving on surface streets in the Silver Lake area.

When the chase went through Koreatown, the suspect almost hit a pedestrian and their dog as they crossed the street.

It appeared that LAPD canceled the chase as the suspect continued to drive erratically in the West Adams neighborhood.

During an early part of the pursuit, the suspect had been driving at slow speeds in the Echo Park area before they hopped on the 101 Freeway for a short time and later began speeding on Silver Lake Boulevard.

As of 12:01 a.m. Tuesday, it's unknown if the suspect was captured by police.