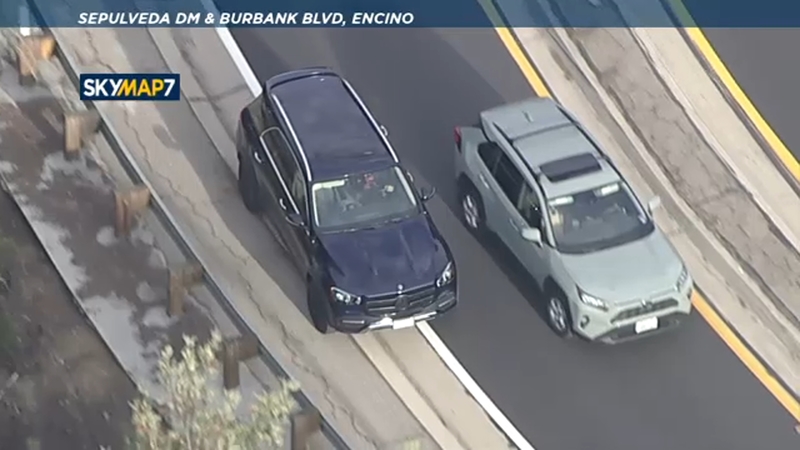 AIR7 HD was over the pursuit shortly before 5:30 p.m. as the suspect was driving on the shoulder of an on-ramp and about to enter the 101 Freeway.

There were times when the driver was in the Encino area and driving dangerously, including traveling on the wrong way of congested surface streets.

As the driver got back on the 101 in Sherman Oaks, it appeared police stopped chasing the car due to safety, but a helicopter was still following.

Officers were chasing a stolen Mercedes-Benz SUV through the San Fernando Valley on Thursday.

Around 5:45 p.m., the suspect approached the Westfield Fashion Square mall, sped through the parking lot and appeared to have tried to evade police by going inside the multi-level parking structure.

LAPD later confirmed the suspect was taken into custody, but further details about the arrest were not immediately released.