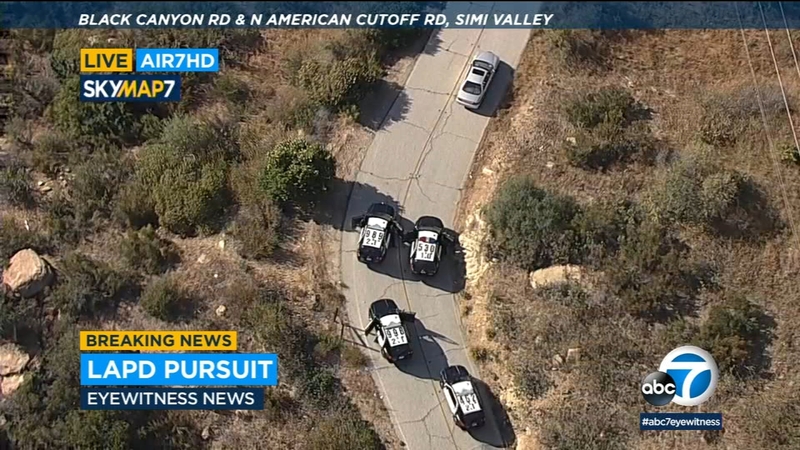 SIMI VALLEY, Calif. (KABC) -- A suspect was taken into police custody after he led officers on a chase through the San Fernando Valley and into Simi Valley Tuesday afternoon.

AIR7 HD was over the chase just after 5:20 p.m. as the suspect was speeding and driving erratically through a narrow road in Simi Valley.

The chase began in the San Fernando Valley, near the Westfield Topanga mall.

Police say the driver was wanted for making criminal threats and may have been armed.

Police were chasing a suspect through Simi Valley Tuesday afternoon.

The suspect eventually came to a stop at what appeared to be a dead-end street, and police officers were waiting for the suspect to exit the car and surrender.

After several minutes into a standoff, the suspect surrendered to officers without incident.