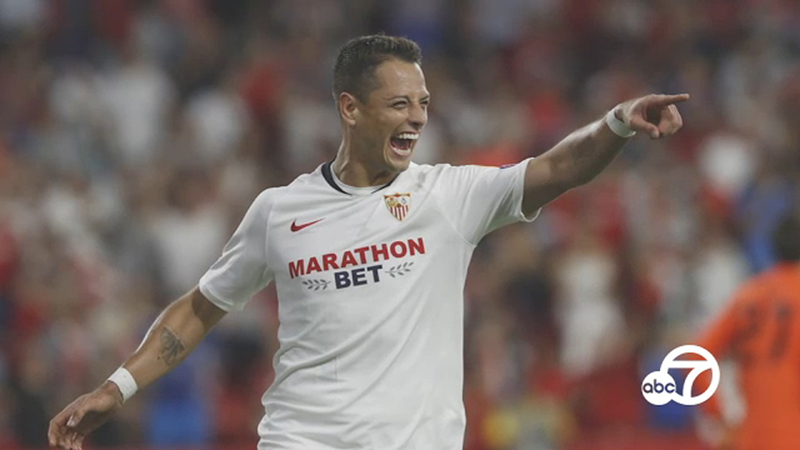 LOS ANGELES (KABC) -- Javier "Chicharito" Hernandez, a Mexican professional soccer star, is expected to complete a move to Los Angeles to play for the Galaxy, according to sources familiar with the deal.

There are multiple reports that the Galaxy have reached a deal to bring Hernandez, who currently plays for Sevilla in Spain, to L.A.

According to ESPN, the Galaxy are reportedly going to pay $10 million for Hernandez and make him the highest-paid player in Major League Soccer.

Some professional soccer fans are hoping the rumors that Javier "Chicharito" Hernandez will join the L.A. Galaxy are true.

Kobe Bryant, who is a shareholder at MLS' official sports drink sponsor Bodyarmor, says he is excited to see a new trend in professional soccer.

"When it first started, we were looking at bringing stars that were at the end of their career and bringing them to the MLS. Now, you're looking at MLS going to get stars in their prime.. that changes the game drastically," Bryant said.

Avid professional soccer fans are hoping the rumors are true.