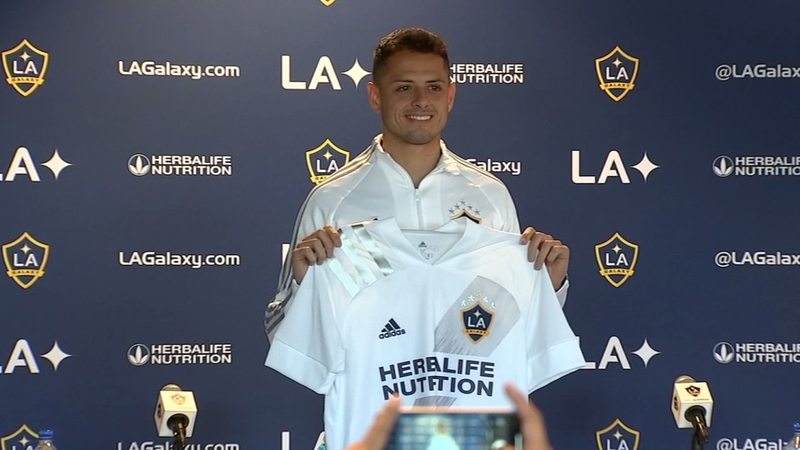 "It doesn't always work out that you get the No. 1 striker on your wish list," said Dan Beckerman, AEG president & CEO. "But more often than not for the Galaxy it does (happen), and today it did."

Javier "Chicharito" Hernandez is the most recognizable Mexican player the past decade.

Dropping him into Los Angeles transcends the sport.

The 31-year-old former Spanish league scoring champion is the biggest signing by the Galaxy since David Beckham rattled the foundation 13 years ago.

Coming to LA gives him the opportunity to prove he's one of the best players in the world and help build the MLS.

Chicharito is another super-start for an organization that's signed a lot of superstars.

The Galaxy is changing the landscape of the MLS.

"Robby Keane, Steven Gerrard, Zlatan Ibrahimovic, Landon Donovan and David Beckham, and now my name is over those," Hernandez said