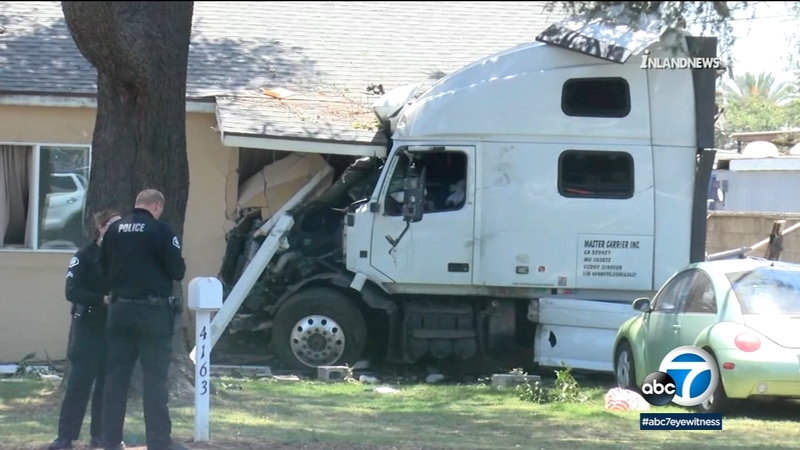 CHINO, Calif. (KABC) -- A 27-year-old man was arrested after allegedly crashing into a home in Chino with a stolen big rig at the end of a police chase.

The truck was stolen Saturday from a tire shop in Montclair, according to Pomona police.

The truck's owner followed the stolen vehicle through its journey across Pomona, and called police about the theft, police said.

Pomona police caught up with the truck near Reservoir and Philadelphia streets and tried to make a traffic stop, police reported. However, the suspect refused to stop.

The suspect continued to drive down Philadelphia Street and eventually hit a utility pole, several parked cars, a cinder block wall and ultimately, the house.

Though nobody was home at the time, the house sustained heavy damage and was red-tagged, leaving the family of five that rents it out displaced.

Jeanette Phillips, the homeowner, said she's glad they're OK and was doing what she could to help, including getting the home boarded up and finding a place for the family to stay.

The driver, a resident of Chino, was booked on charges of grand theft auto.