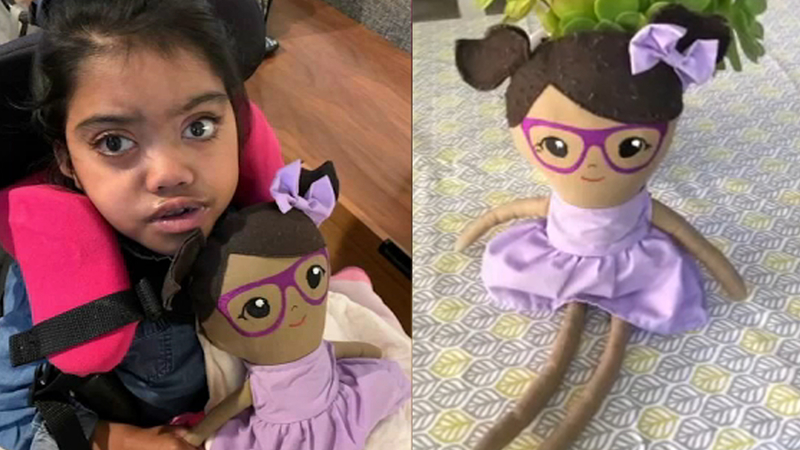 CHINO HILLS -- A Chino Hills couple is turning to social media in hopes of finding their late daughter's doll, given to her on her last birthday.

Roselle and Jerome Martinez's late daughter, Reagan, and her sisters, Taylor and Peyton, went everywhere together as a family. They said Reagan was the joy in the family's life.

Recently, the family took a trip to Hawaii and somewhere along the plane ride, the doll was left behind.

"We were delayed getting off the plane, and I sat my stuff back down. When they told us it was time to depart the plane, I guess I didn't grab the doll," Roselle said. "I walked out and didn't know until I was in the hotel room."

The family noticed the doll was missing after their daughter Peyton was going to buy a dress for her in their hotel in Hawaii.

"(Peyton) mentioned she wanted to buy a Hawaiian dress for the doll, for Reagan, while we were there and that's when we realized the doll was missing," Jerome said.

To the family, the doll served as a memory of Reagan, and to keep their late daughter with them. It's a doll they said would go everywhere they went.

The doll is named "Rea Rea," after their daughter and it has that name stitched on the bottom of it.

"I'm just reminded of her with that doll, and her holding it, and her playing with it. It was made to look like her," Roselle said.