Woman tortured, held against her will for months by man at Chino Hills home, authorities say 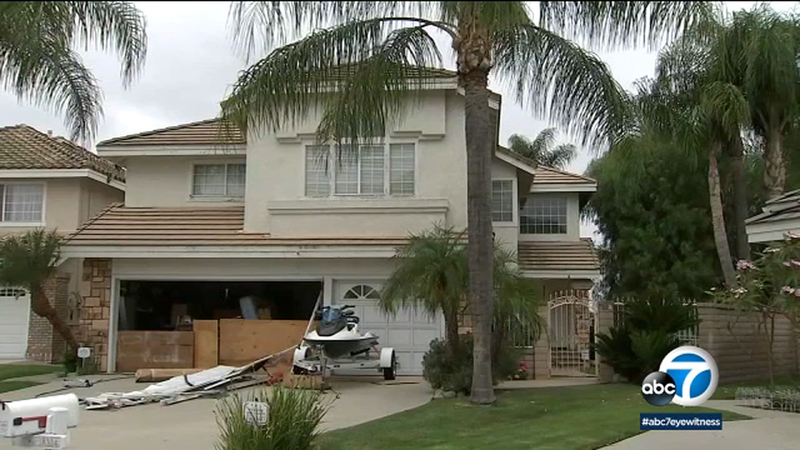 Woman tortured, held against her will at Chino Hills home: authorities

CHINO HILLS, Calif. (KABC) -- A 59-year-old man was arrested on suspicion of kidnapping and torture after a woman told authorities she escaped his Chino Hills home where she was held against her will for months, sheriff's officials said.

The woman contacted deputies last Thursday around 7:21 p.m. and said she had managed to escape just minutes earlier from the residence in Chino Hills, the San Bernardino County Sheriff's Department said in a statement.

She said she had been tortured, physically assaulted and raped by a man identified by authorities as Peter Anthony McGuire.

Authorities said the victim had visible injuries consistent with the allegations made.

McGuire allegedly held the woman at the home for months. Investigators say she moved in earlier this year.

"Very soon after moving into the house she was not allowed to leave, she was held there against her will by him and at that point was subjected to multiple assaults," said Mara Rodriguez, a spokesperson for the San Bernardino County Sheriff's Department. "We have charges of sodomy and oral copulation, mayhem, rape."

The victim is in the hospital. Officials say she is in stable condition.

A search warrant was served at the suspect's residence and evidence was recovered, but McGuire had fled beforehand, authorities said.

An arrest warrant was issued.

Investigators said they tracked the suspect to a Placentia home, where they served a search warrant on Sunday morning.

After barricading himself inside, McGuire was taken into custody around 8:30 a.m. after surrendering.

The front garage door was torn off after SWAT officers went into the home searching for the suspect.

Neighbors in Placentia said the suspect lived there for years but hardly talked to anyone.

McGuire pleaded not guilty to all charges. He is being held without bail.