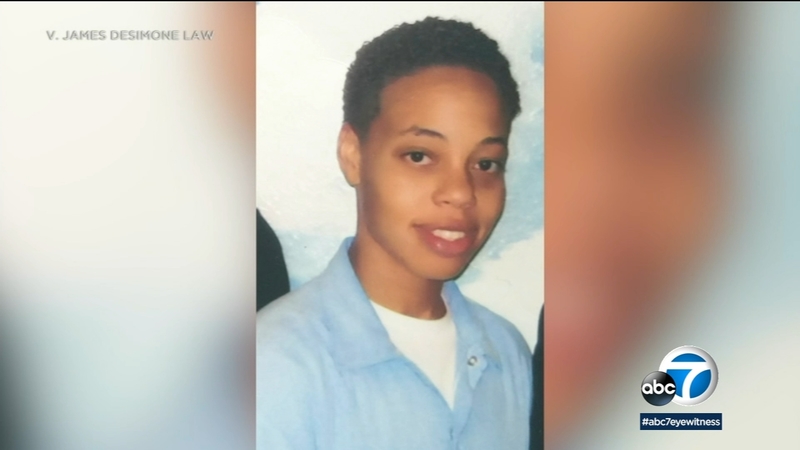 CHINO, Calif. (KABC) -- The family of an Inland Empire woman who died in prison several years ago has reached a $3.5 million dollar settlement with the California Department of Corrections and Rehabilitation.

Sheri Graves said her daughter Shaylene had repeatedly asked that she be moved to another cell after receiving threats from her cell mate, but her pleas were ignored by prison guards.

"I understand there's punishment," said Graves in an interview from her home in Murrieta. "But this dehumanization? People wouldn't even allow that in a dog kennel."

Attorney James DeSimone said that corrections officers at the CDCR facility in Corona had witnessed the escalating conflicts between Shaylene and her cellmate, who had apparently publicly threatened her life. He also said they failed to respond for at least four hours to an escalating argument and loud banging sounds they hear the night she was killed.

"There were so many red flags here," said DeSimone. "And if any one of those red flags had been picked up, Shaylene would be alive today."

Sheri said her daughter dropped out of high school and started getting into trouble when she was 18 years old.

"18-year-old, she had been sheltered and wanted to be accepted, and started running with the wrong people."

Shaylene Graves was later convicted and sentenced to eight years in prison for in her role in a robbery. Sheri said she drove the getaway car.

Sheri said her daughter was only a few weeks away from being released when she started making complaints about her cellmate. Court documents indicate that she'd been in an intimate relationship with the cellmate, and at one point told a source "If I ever try to leave her, she gon' kill me."

According to court documents, on May 31, 2016, "inmates could hear loud fighting and banging sounds coming from Graves' cell." Shaylene Graves was pronounced dead the next morning.

"It was like from reality to a dream," said Sheri Graves. "It's like this can't be happening. This couldn't have happened."

Sheri said she didn't want to settle the case, and in fact wanted a trial.

"I wanted them to have to stand up there and answer for this and say what happened and who did what. I wanted them exposed."

But as part of the settlement, Sheri will be allowed to make a presentation to CDCR's Gender Responsive Strategies work group about her daughter's experience in prison and the concerns she has regarding her daughter's treatment. CDCR has also agreed that its Director of Adult Institutions and Associate Director for Female Operations will review a video Sheri will prepare to highlight what could have been done to save her daughter's life.

"We want to make prison safer because those individuals have families," said attorney James DeSimone. "They're human beings and should be treated with respect and dignity and have their safety provided for."

The California Department of Corrections and Rehabilitation provided the following statement to Eyewitness News: