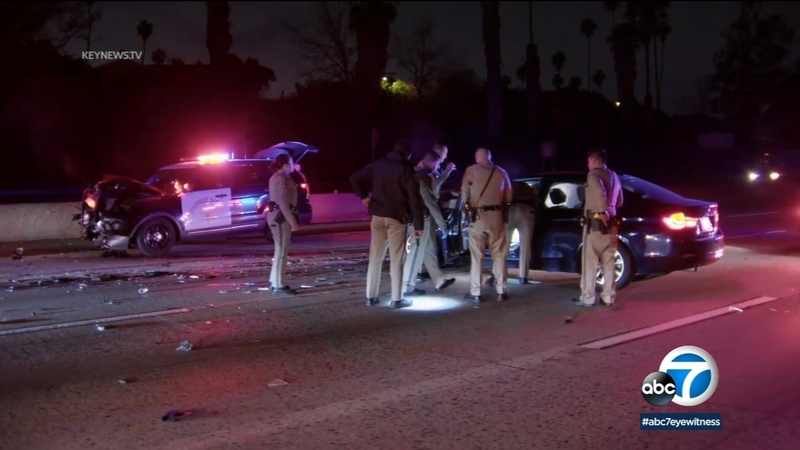 LOS ANGELES (KABC) -- Two CHP officers were hospitalized with minor injuries after they intentionally crashed into a wrong-way driver on the 10 Freeway in Mid-City.

Officers responded shortly after 2 a.m. Thursday to the westbound side of the freeway near Crenshaw Boulevard regarding calls of a person driving the wrong way, according to the California Highway Patrol.

Despite a traffic break that was set up, authorities say the driver did not show signs of stopping. The officers then intentionally collided into the wrong-way driver to prevent him from hurting anybody on the freeway.

They suffered minor injuries, while the motorist was described by the CHP as unresponsive with a pulse. All three were taken to the hospital to be treated.

It's unclear if the motorist was driving under the influence.

The freeway was temporarily shut down, but it has since reopened.