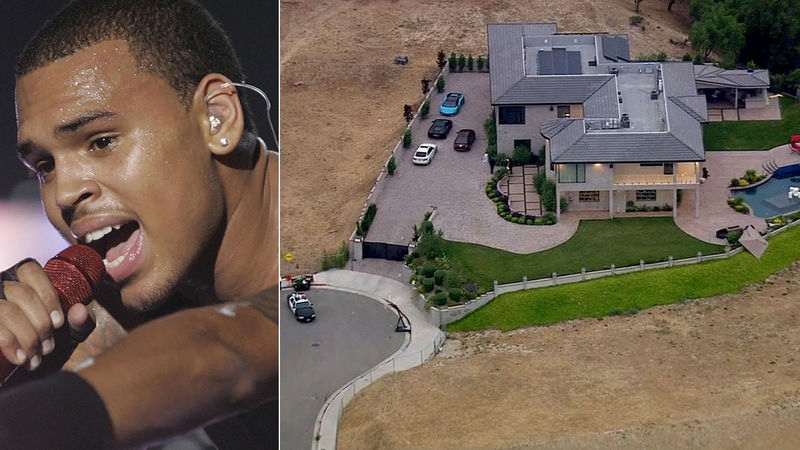 TARZANA, LOS ANGELES (KABC) -- Armed suspects broke into Chris Brown's home in Tarzana Wednesday while the singer was not there. Police say the suspects locked Brown's aunt inside a closet.

The singer's aunt, who was alone inside the six-bedroom house in the 19600 block of Citrus Ridge Drive, heard commotion at the residence around 2 a.m.

Eyewitness News has learned that she was confronted at a bedroom door in the house by a group of men, described as African-American, armed with handguns and wearing either masks or bandanas around their faces.

Investigators said the suspects locked Brown's aunt inside a closet while they ransacked the home. She was not hurt during the incident, police said.

"She was obviously terrified, waited inside the closet. When she didn't hear any more noises in the house, she came out of the closet and called 911," said LAPD Detective Meghan Aguilar.

Eyewitness News has learned that the suspects took cash from the aunt, a laptop and a cellphone before fleeing. Police did not know how the suspects got into the home, which is located within a gated community.

It was not known if she called 911 from inside the closet or after the suspects left.

Brown arrived on scene following the home invasion to speak with detectives but left around 4 a.m.

Investigators are looking for four to five suspects and were utilizing surveillance footage from the area to help track them down.