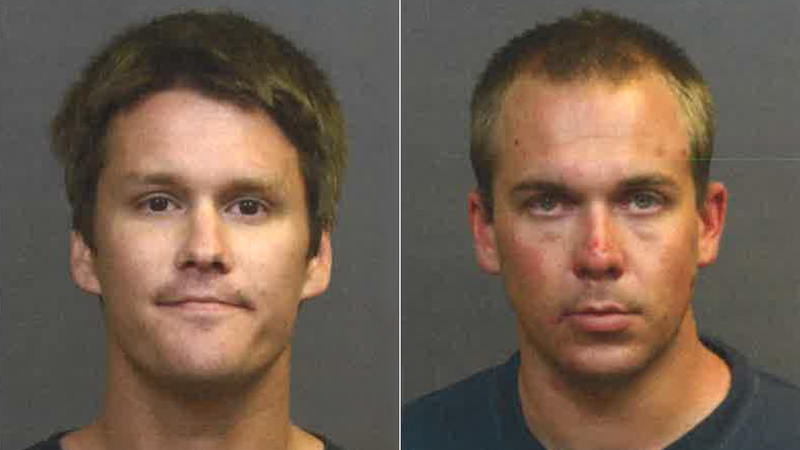 Authorities responded to a tip about someone doing drugs in the men's bathroom at Chuck E. Cheese at 2300 Harbor Boulevard shortly after 7 p.m. Tuesday. Upon arrival, officers found Collin Zborowski, 28, and Daniel Lubach, 27, together in a closed stall in the men's bathroom.

Officers say they observed the men in the process of smoking heroin, and they appeared to be under the influence.

Zborowski and Lubach taken into custody, and police confiscated drug paraphernalia and a small amount of heroin.

The men had walked into Chuck E. Cheese with no family with them, and police believe they chose the location out of convenience.

"We cannot begin to express the combination of sorrow and anger that we feel about adults engaging in this type of behavior in a children's establishment," Michelle Chism with Chuck E. Cheese said in a statement.

Chism added the company has various safety measures in place, such as employing security guards and using surveillance cameras.

Lubach was booked on being under the influence of a controlled substance, a misdemeanor. He was released after posting $1,000 bail and a promise to appear in court.