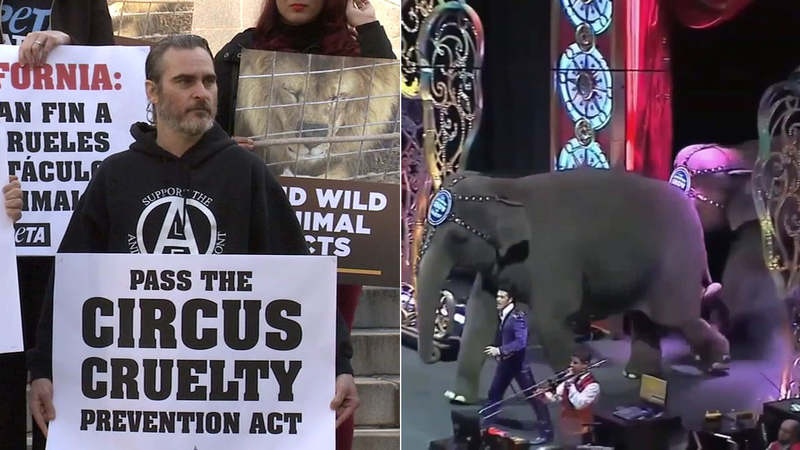 Phoenix was part of a group that joined Sen. Ben Hueso of San Diego and Los Angeles Councilman Paul Koretz, who are calling their bill the Circus Cruelty Prevention Act.

Its passage would make it illegal to use "wild and exotic animals" in traveling acts within the state.

"It is abhorrent that some wild animals are born in a cage, others stolen from the wild and shipped here only to be tortured and kept captive and subservient their whole lives for a few people's fleeting entertainment," said Judie Mancuso with the group, Social Compassion in Legislation.

"The basis of our life is freedom, and animals want that and need that as much as us humans do, and to deprive them of that and to subject them to horrific torture when that when they dare to disobey breaks me," said actress Lucy Davis.

The Senate bill is meant to recognize both the animal welfare and public safety concerns of circuses and other traveling shows - that force wild or exotic animals to perform.