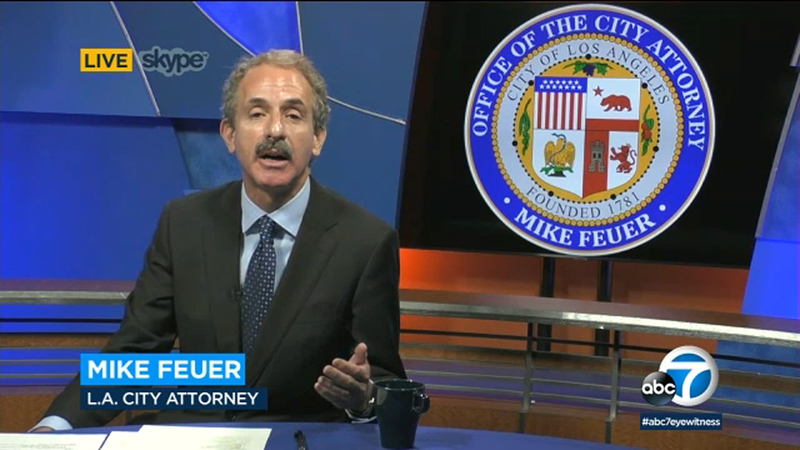 LOS ANGELES (KABC) -- Major online platforms, including Facebook and Craigslist, have taken down hundreds of listings advertising illegal fireworks for sale in Los Angeles at the city's request, according to City Attorney Mike Feuer.

Those sites have been cooperative with the city, he said, even adding staff and altering algorithms to get the listings taken down.

The effort is part of the city's attempts to again crack down on illegal fireworks leading up to July 4, particularly as a dry season has led to elevated fire dangers.

"I can't emphasize enough the danger associated with illegal fireworks here," Feuer told Eyewitness News. "Our brush is tinder-dry because of the ongoing drought. We have huge fire risk associated with the unlawful use of fireworks."

Illegal fireworks can be reported to LAPD at (877)-ASK-LAPD or by filling out this online complaint form. Residents may also turn in their illegal fireworks to the LAPD without penalty.

Feuer also told Eyewitness News about a case his office is prosecuting of illegal "Botox parties" held at a downtown Los Angeles hotel.

Dispensing Botox or providing any other medical procedure without a medical license is not only illegal, but dangerous to the patients, he said.

The woman running the events was also allegedly providing a skin procedure involving needles called a PDO thread lift which also presents a danger of infection or nerve damage if not done properly, he noted.

"The message I want to send very clearly is, if you have a desire to have a medical procedure performed, please go to a licensed physican," Feuer said.

Los Angeles police arrested a woman who allegedly set up a makeshift medical office in a downtown Los Angeles hotel where she was offering to inject people with what turned out to be counterfeit Botox.