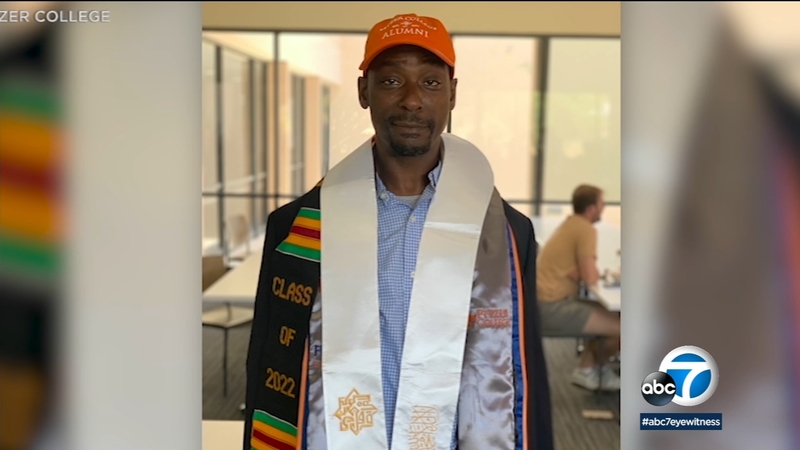 CLAREMONT, Calif. (KABC) -- It was an exciting and emotional day at Pitzer College Saturday as it hosted its commencement ceremony for the class of 2022 in Claremont.

One of the graduates was a former gang member who served 15 years in prison. He's now sharing his inspirational story of reform.

It's a dream come true for Kenneth Butler who has gone from gang member to convicted felon, to Fullbright fellow and now college grad.

While serving his 15-year sentence Butler began taking college courses. When he was paroled last summer he became a full-time student at the Claremont campus, changing his life forever.

"If I wouldn't have enrolled in this program, I don't know where my life would have been," he said.

Now, Butler is headed to Uganda for 10 months to study the country's prison system and its low recidivism rate.

"Coming from a low-income community, having served 15 years in prison, I'm bringing that experience into a whole new place of study for me," Butler said. "I can relate to the guys who have been incarcerated, and I have an understanding of that so I think it's going to be an easy connection."

Raised by his grandmother, Butler, who lost her to COVID-19 just three months after being released from prison, says his academic accomplishments are a tribute to her faith in his reform.

"I just wanted to make her happy," he said. "I've caused a lot of pain over the years, and I just want to put a smile on her face, give her something to be proud of."